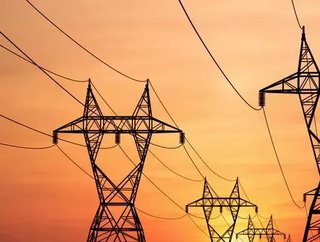 Why the current centralised system of electricity distribution must adapt and how the industry is meeting those challenges...

Ever since the end of the 19th century, when Thomas Edison’s direct current system was losing the ‘Battle of the Currents’ against George Westinghouse’s alternating current, most electricity networks globally have been centralised.

And today we have large power stations producing huge quantities of power, and delivering it to consumers via transmission and then distribution networks.

Historically, a power purchase agreement was simply a contract by which a business bought electricity from such a power station.

In the 21st century, our networks need to adapt to a new reality.

Decarbonisation is now law, and the technologies we use to meet those requirements need a change in approach.

The UK Net Zero 2050 policy leaves power generators and network operators in no doubt that the incumbent centralised system of electricity distribution will be forced to adapt.

IT professionals often talk about computer networks spreading all the way to ‘The Edge’, where users reside and devices are used, and electricity networks of the future may be not too dissimilar.

With distributed renewable generators of all scales, as well as batteries and electric vehicles, all participating in a complex and dynamic system of storage and distribution at the edges of the network, rather than the centre.

One trend within this process is the emergence of a new generation of contemporary power purchase agreements (PPAs).

These are tools that can be deployed to accelerate the gradual transition from a centralised to a decentralised electricity system.

These agreements have arrived with myriad structures, couched in an assortment of varied, inconsistent and often baffling terminology.

They can be physical or virtual; synthetic, structured, sleeved or aggregated; private-wire, corporate, or even ‘consortium-driven’.

The importance of transparency

Whilst these titles offer some insight into how intricate the arrangements can be, they also add a degree of opacity that not every CEO or finance director has the time or inclination to contend with.

Ultimately, they do the same thing that PPAs have always done – specify the terms under which one party supplies power to another.

The nature of these subsidies has enabled wind and solar farms to be assigned as a long-term, low-risk asset class.

A steady income stream over a long period was assured, and many project portfolios have subsequently been consolidated and traded in a secondary market on the basis of their predictable and guaranteed financial performance.

This stability is naturally important to investors, ensuring that reliable, predictable rates of return can be achieved.

In the post-subsidy landscape, power purchase agreements guarantee the bankability of a project in another way – by agreeing the future sale of the electricity prior to the asset coming onstream.

So-called ‘private wire’ or physical PPAs have been available for some time under these terms, where the generator in question directly supplies a facility nearby, on the condition that the facility agrees to purchase the electricity at an established rate.

Risk you can live with

As virtual PPAs begin to gain traction, whether or not the generator is in the same location as the consumer no longer matters as much, because the purchase agreement can structure the transaction to achieve the desired result, regardless of where the generator is built.

In terms of pricing, the parties agree to a figure that reflects an allocation of risk they can live with, in exchange for the outcomes they desire.

Developers use PPAs to demonstrate the commercial viability of a proposed project, securing access to funding in the process.

Consumers use them to demonstrate a strong commitment to decarbonisation at the same time as securing long-term price certainty and hedging against wholesale price volatility.

As long as there are suitable offtakers, with the requisite high electricity demand and strong credit ratings, the cost reductions in renewables achieved over the past decade will continue to drive investment in this area.

Sophisticated renewable power purchase agreements within the corporate space have already superseded Government support in many instances, with companies that have made commitments to sustainability securing private, subsidy-free deals.

With the advent of subsidy-free renewables, the purchasing of power is being decentralised.

In the decentralised electricity system, there are many opportunities for mutually beneficial agreements, but there are also considerable risks associated with getting it wrong.

One of the main barriers to uptake at present is the longevity required by most corporate PPAs.

These agreements, by their nature, tend to involve multi-year commitments, which demand thorough and often protracted contract negotiations from the outset.

Countless sources can now potentially feed electricity into the mix.

This makes for a more complex and dynamic system, where competition increases both in terms of electricity prices on offer and what can loosely be termed the ‘green credentials’ - or energy attributes - associated with its method of generation.

Energy attribute certificates are frequently decoupled from generation at source and traded as commodities in their own right.

This means that under some circumstances you could be purchasing electricity directly from a wind or solar farm.

It could even be built on your land, but you would still not be in a position to claim the decarbonisation credentials for yourself.

When negotiated correctly, very large volumes can be secured under PPAs, making them an excellent tool for corporate sustainability strategies.

They also provide some long-term price certainty, with all of the associated benefits which that clarity provides.

However, the price agreed within a PPA will reflect the market conditions at the time of signing, making it imperative to have a clear understanding of the current market and future prospects.

As with any long-term contractual agreement, it is prudent to tread carefully and take advice before making any binding commitments.

The success, or otherwise, of this new generation of power purchase agreements will depend on the ability of developers to persuade offtakers that the risk allocation, and therefore price offered, for each type of agreement is fair and equitable, against a backdrop of fundamental changes in how we generate, trade and consume electricity.