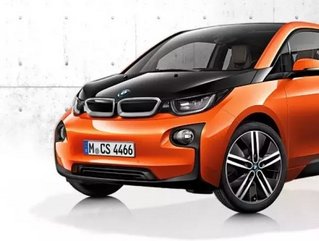 Carmakers BMW and Volkswagen are jumping on the trend in China that has seen a sharp growth in the numbers of luxury foreign cars being bought.

According to a report by McKinsey & Co., “the market for premium cars in China has increased at an impressive rate of 36 percent a year in the last decade, faster than the 26 percent annual growth in the overall Chinese passenger vehicle market during the same period”.

This growth is set to make the Chinese market overtake that of the United States by 2020, reaching a total of three million units sold - never has there been a better time for carmakers in Europe to try to tap into this escalating space.

BMW is looking to its high-end range of electric vehicles to tap into the environmentally and economically-conscious consumer, and has started shipping its $73,000 BMW i3.

Volkswagen is pinning its hopes on the luxury Sedan having already released cars in China through its other brands including Bentley, Porsche and Audi.

Between them, BMW and Audi held a massive 80 percent share in the country’s luxury car market in 2013, and competition is now expected to ramp up significantly with other European, Japanese and US brands looking to get in on the act.

For instance, Japanese manufacturer Nissan is joining forces with Chinese company, Dongfeng for the production of the Infiniti range, with plans to increase production of this to 100,000 units by 2018.

The Chinese market is also a changing one in terms of the reasons behind purchases of luxury cars, as factors stretching beyond the traditional statement of social status and wealth were found in the McKinsey & Co. report.