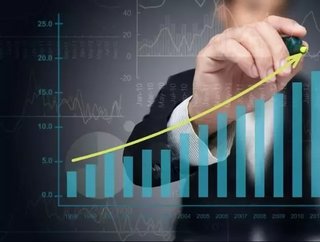 Consulting, technology and outsourcing services provider Capgemini recorded strong financials for the first half of this year, reporting revenues of €6.26 billion.

This figure is up 11.6 percent on H1 2015 reported revenues and 14.4 percent at constant exchange rates. Organic growth (i.e. excluding the impact of Group currencies against the euro and changes in Group scope) was 3.3 percent for H1 and 3.8 percent for Q2. Digital and cloud revenues grew 32 percent at constant exchange rates and account for 28 percent of H1 revenues.

Paul Hermelin, Chairman and Chief Executive Officer of Capgemini Group, said: "Having started the year with a good momentum, the Group has delivered an excellent first-half. Our revenue is up 14.4 percent at constant exchange rates and our operating margin increased sharply ( 1.5 points) to 10.2 percent of revenues with margin improvement in each of the Group's regions.

“We continue to expand in market segments driven by innovation. Demand for Digital & Cloud remains solid with a 32 percent revenue progression. Our Consulting business also benefits from its position on Digital Transformation with growth of 8.1 percent.

“We expanded our portfolio of innovative services with a Digital Manufacturing offering targeting industrial companies and launched the new Automation Drive service line, bringing together all the Group’s automation technology and expertise.

“This first-half has also seen confirmation of the successful integration of IGATE which has been operating under the Capgemini brand since January: synergies are delivered ahead of plan and sales momentum is excellent, as evidenced by sustained growth in key accounts.

“Finally, our global network of delivery centres now counts over 100,000 employees and represents 55 percent of the total Group headcount. This is key to our competitiveness, notably with a growing demand in Europe.

“Based on the first half results, we are raising our operating margin guidance for full year 2016 to between 11.3 percent and 11.5 percent."