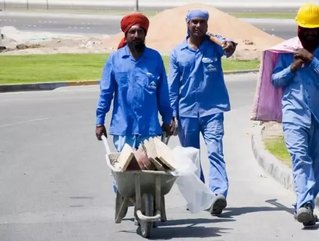 New employment laws have been welcomed by businesses and workers alike. These changes will not only make the hiring process more transparent but will also ensure workers are treated fairly.

The new labour laws are as follows:

An employer and employee can mutually terminate a contract after six months.

In the event that one party decides to terminate a contract unilaterally, legal consequences may be faced.

Workers in skill categories one to three will not face a six-month employment ban should they wish to move to a new employer after completing their notice period.

Fourth and fifth skill category workers can move to another employer after completing a period of no less than six months with their current firm.

The full rules can be seen here.

These changes will ensure employees are treated fairly and while many companies are welcoming of the new laws, some say that smaller businesses could be negatively affected.

Ahmed Hamid Abdullah, owner of Ritaj restaurant in Abu Dhabi, said: “I think these rules are more supportive to workers than us.

“We bring a worker from India spending thousands of dirhams and if he leaves after six months it would be a big loss for us.

“About Dh8,000 is spent on hiring a person. We spend on visa Dh5,350, labour card Dh2,000 and then Emirates ID, Daman, bank guarantee. More difficult is that in case he resigns after six months who is going to immediately replace him and do his work?

“Finding an appropriate employee with specific skills is very difficult, and the work gets affected until another person joins.

“If a worker leaves before completing a two-year contract, we lose a huge amount of money. That’s why we want to retain our employees for longer.”

Others businesses are cautious of the new rules but many say that as long as a business treats its employees correctly, they have nothing to worry about.