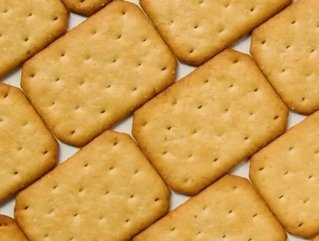 A huge food factory is being constructed in Bahrain by American industry giant Mondelez International, a facility which will produce among other treats Ritz Crackers and TUC Biscuits.

The total amount spent on the site will be in the region of $170 million, with $80 million being spent by the Bahrain authorities to reclaim the land in Hidd, which is being used by Mondelez to build its $90 million manufacturing complex.

Production of foods including ‘Made in Bahrain’ Oreo cookies, belVita biscuits, Prince biscuits and Barni cakes is expected to begin sometime in 2016, with the site eventually set to make 90,000 tonnes of biscuit a year.

The food manufacturing will be spread over 250,000 square metres, the largest site owned by Mondelez in the region, with the land being reclaimed in just 140 days.

According to Gulf Daily News, Mondelez International integrated supply chain executive vice-president Daniel Myers said: “It is incredible that the land we stand on now was water just a few months ago and we will be achieving our dream of from ocean to Oreo within 18 months.

“The Bahrain government has spent $80 million to reclaim the land and we are investing $90 million for the construction of the plant.

“This new investment is part of our journey to reinvent our supply chain around the world to meet growth demands, while also reducing costs and improving productivity.

“As many as 300 direct jobs will be created by the factory by the end of the initial phase. We also expect to help sustain over 1,500 more jobs in the local economy.”

Mondelez may be better known to some as Kraft Foods, its former name, and the company has already invested $75 million in the Kraft Cheese and Tang powdered-beverage plant in Bahrain, operational since 2008.