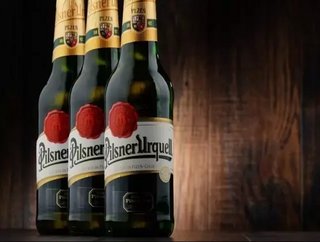 Asahi Group Holdings is reported to be interested in bidding for SABMiller’s assets in five Eastern European countries ahead of the creation of the world’s biggest brewer next week.

AB InBev will acquire the South African-based beer producer to create one of the biggest mergers ever seen, a move which will produce enough beer to provide everyone in the UK 2,000 pints each year.

Japan’s Asahi is said to be lining up a bid in the region of €4.4 billion for SABMiller operations in Poland, Czech Republic, Hungary, Slovakia and Romania, a move it hopes to have finalised in the Spring of next year. It is likely that other parties will also bid for these assets.

AB InBev has also been shedding assets ahead of the merger in a bid to please various competitions authorities from around the world. SABMiller is the dominant player and market leader in four of the five Eastern European countries mentioned, with Slovakia being the exception. It is the number two brewer here.

The most well-known brand on offer is Pilsner Urquell, a Czech beer consumed widely across the whole of Europe. Asahi is already set to snap up Peroni from SABMiller, a transaction which has paved the way for the superbrewer merger to go ahead.

Sales outside of Japan account for around a fifth of Asahi’s total income, and if successful this move to buy these SABMiller Eastern European assets would be the biggest ever made by a Japanese beer producer. At the moment that accolade is held by Kirin which paid 3.3 billion Australian dollars to buyout Lion Nathan.

The coming months will see further shakeups in the global brewing industry as players from around the world juggle their assets and look to emerge stronger in what is increasingly feeling like a pint-fuelled game of business chess.