Schneider Electric and AVEVA to finally merge in £3bn deal 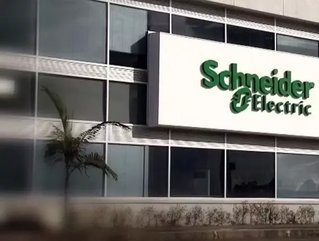 Schneider Electric is set to complete its £3bn merger with AVEVA, two years after the deal was initially mooted.

UK-based software engineering firm AVEVA will retain its headquarters in Cambridge but will now be held by a majority stake from Schneider's software arm.

An impressive number of sectors will now be covered by the joint company, combining AVEVA's reach in the energy market with Schneider's in the chemicals, food and beverages areas.

Two previous attempts at the deal by Schneider had fallen by the wayside in both 2015 and 2016 but it appears to be a case of third time lucky for the French giant.

"We are pleased to reach an agreement on the combination of AVEVA and the Schneider Electric Industrial Software Business, thereby creating a global leader in engineering and industrial software," said Jean-Pascal Tricoire, Chairman and CEO of Schneider Electric.

"The Combination will address customers’ requirements along the full asset life cycle in key industrial and infrastructure market through a unique portfolio of asset management solutions from design & build to operations.

AVEVA Chairman Philip Aiken added: "We are delighted to have reached agreement on the Combination with the Schneider Electric Software Business.

"The transaction will be transformational to AVEVA, creating a global leader in industrial software, which will be able to better compete on a global scale."

The formalities of the deal are expected to be completed by the close of the year, with £650mn worth of excess cash set to be distributed to AVEVA shareholders.