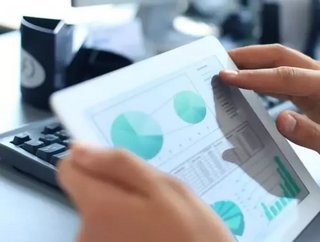 As the technology available to consumers and businesses alike continues to evolve, it’s unsurprising to see the financial sector – one we all rely on throughout our lives – beginning to innovate alongside the rest of the business world. A major element of this is the growth of the FinTech.

As FinTech usage continues to grow, so will the levels of innovation and banks need to realise the difficult position this could put them in. Currently, they are viewed as the slow followers of the FinTech movement – actively supporting their growth by hosting accelerator and incubator sessions which offer key insider knowledge that should be kept solely within the banks themselves. In the long term, such brazen disregard for logic will cost banks dearly – maybe not in the next 24 months but certainly within the next five to ten years. Therefore, below are three key steps all banks must take to ensure the FinTech movement doesn’t leave traditional banks trailing in their wake.

As with all businesses, the success of banks is based on their ability to compete and a large portion of this comes from the vast amounts of intellectual property at their fingertips. However, the industry has spent far too long failing to quantify, protect or grow their competitive advantage, instead letting it slip through the cracks in their quest to take part in the FinTech movement.

The accelerator and incubator events banks run offer FinTech competitors their intellectual property on a plate. Unsurprisingly, they are utilising this knowledge to the best of their ability, hence the rapid growth we’ve seen in the FinTech sector over the past few years. This is the equivalent of manufacturers sharing their latest innovative ideas with the entire industry, and then being surprised to find their competition has implemented them and is closing the gap, rather than the originator increasing its competitive advantage. It just wouldn’t happen.

The time has come for banks to re-evaluate their position alongside the FinTech movement. It’s clear they don’t want to be seen as discouraging them from flourishing, although as direct competition they also can’t afford to spoon-feed them information.

2.    Leverage an advantage over FinTech start-ups

Banks have three key advantages over FinTech start-ups; customers, capital and brand. Once the industry realises retaining its intellectual property is the only way to go, banks can leverage these advantages to push on and move themselves away from the FinTech movement, rather than being an enabler to its growth.

Banks have the potential to realise value far quicker than start-ups, as the ability to experiment new service propositions on a captive audience of millions if necessary removes the risk of innovation. On the other hand, a FinTech with a significantly smaller and less loyal following which attempts to disrupt the market risks alienating potential clientele if the ideas aren’t well received. With the lack of funding these start-ups have in comparison to traditional and challenger banks, even the smallest of failures can seal their fate.

Challenger banks are positioned as a happy medium between the two, as they are much better funded than the FinTech start-ups but don’t yet have the customer base to match traditional banks blow for blow. However, as there is a steady flow of talent leaving traditional banks to start-up their own FinTechs or join challenger banks, there is great potential for this to change as knowledge is being dispersed during these career changes.

Once the banks close their doors to FinTechs in regards to knowledge and idea sharing, it’s then vital they begin to innovate internally to ensure they stay ahead of the curve. However, this shouldn’t be rushed.

If banks innovate and hit upon a service which alienates their customers, they have far more to lose than start-up businesses which are yet to gain recognition or a loyal customer base. For example, if a bank decides to move to a digital only approach, it is very likely to lose a large amount of customers who still prefer the personalised experience found in-branch.

Instead, banks should start experimenting with behaviours and processes which are more aligned to the start-up community, while ensuring they aren’t risking everything they’ve worked so hard to achieve. Failing to innovate is accepting failure and it won’t be long before challenger banks take over if traditional banks remain stagnant. They should therefore strive to empower the workforce by loosening the grip on internal processes which restrict creativity, instead listening to ideas from experienced employees who will likely be able to make a difference. This not only has the potential to increase a bank’s competitive advantage, but also stop the constant flow of employees leaving stagnant banks to join the challenger banks or FinTech movement, which are perceived as stereotypically more exciting environments to work in.

It’s clear the next ten years will be pivotal to the future of the banking industry but if banks continue along the same path they are currently on, it’s likely large portions of the customer base will have moved to support either challenger banks or the FinTech movement instead. However, if banks change their ways, are more careful with intellectual property, utilise smart innovation and empower the workforce, they can continue to thrive well into the next decade.

Ian Wilding is founder and innovation lead of Radical Company