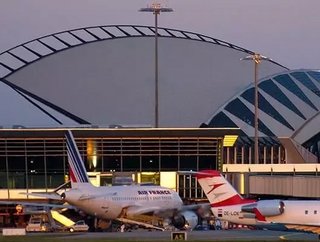 Italian construction and contracting conglomerate VINCI is leading a consortium to buy a 60 percent share in both of Lyon’s airports.

As majority shareholder, the consortium will ensure development, investment and operation of these two airports in a bid to encourage growth of traffic and quality of service for passengers. The consortium's three members all enjoy strong positions in the region in their different fields of intervention and have broad experience of concessions.

The move solidifies the growth of VINCI Airports in France and consolidates its position as one of the top five players in the world airport market. VINCI Airports, which has a network of 36 airports, will manage annual traffic of around 125 million passengers looking to end 2016. The VINCI Group employs more than 1,100 people in the Auvergne-Rhône-Alpes region and generated revenue of €2.3 billion in 2015.

With this equity stake, the Caisse des Dépôts, historic partner to local authorities, confirms its commitment to the growth and economic and tourist development of the Lyon metropolitan area and, more broadly, the new greater Auvergne-Rhône-Alpes region. Drawing on its experience and its investment portfolio of over €180 million in infrastructure and regional development through over 120 equity stakes (including more than 40 local public-private enterprises), it is well-placed to facilitate relations between private industrial partners and local public shareholders.

Lastly, for Crédit Agricole Assurances, this operation is a sound fit with its strategy as a long-term institutional investor keen to diversify its investments - a strategy that primarily entails financing large-scale projects to foster strong regional development. In the Auvergne-Rhône-Alpes region, Crédit Agricole Assurances is co-buyer of the Grand Hôtel Dieu, an emblematic Lyon site that will become a new city neighbourhood featuring a mix of shops, offices, a hotel and housing.