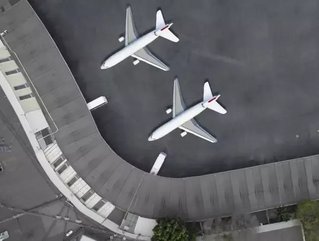 Vinci Airports, the fourth-biggest airport operator in the world, has been awarded the €500mn concession to run Airport Nikola Tesla (ANT) in Belgrade.

A 25-year contract has been settled by Serbia's main airport, a period over which Vinci Airports will invest a further €732mn to transform ANT's operation and upgrade its terminal and runways.

The agreement will allow Air Serbia, the country's main carrier, to run more long-haul flights from the country's travel hub. In 2017, ANT saw 5.3mn passengers pass through its gates.

Vinci Airports runs 35 airports all over the world and aims to use its gathered expertise to work closely with the 200 airlines that use ANT, aiming for increasing passenger flow and connectivity in Belgrade.

"Belgrade Nikola Tesla Airport will serve as the company's “hub” in Southeast Europe, a geographical area in which Vinci Airports has not operated until now."

Final formalities are set to be signed on the concession contract in the first quarter of 2018, with Vinci Airports expecting to take full control of ANT by the end of the year.