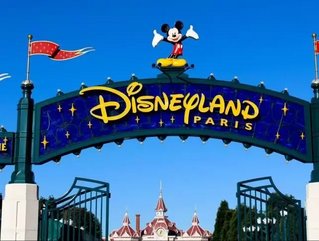 Disneyland Paris is to undergo a major expansion after The Walt Disney Company committed to spending €2bn on the resort.

One of the Europe's biggest tourism hotspots, Disneyland Paris will see its Walt Disney Studios Park transformed and a range of new attractions and live entertainment experiences added to the site, which lies 32km to the east of the French capital.

The park accounts for 6.2% of France's overall income from tourism having welcomed 320mn visitors since its opening in 1992, though this investment from its parent group - set to start in 2021 - will lead to the biggest change at the resort in its history.

As soon ago as last summer, Disneyland Paris faced an uncertain future due to debt issues but The Walt Disney Company's full takeover was completed in June after it obtained 97% of the shares in the park from holding company Euro Disney SCA.

"We're very excited about the future of Disneyland Paris and continue to invest in its long-term success," said Robert A. Iger, The Walt Disney Company's chairman and CEO.

"The resort is already the leading tourist destination in Europe, and the transformative expansion we announced today will add even more of our beloved characters and unparalleled storytelling to create new lands, attractions and entertainment that further elevate the guest experience and drive new opportunities for tourism in this dynamic region."