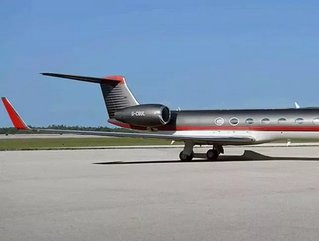 Tesco is capping a year to forget by putting up for sale its fleet of five private jets, one of which being worth £30 million and only delivered to the company a matter of weeks ago.

The UK’s largest retailer is looking to cover a financial black hole after it recently became clear that the announced £250 H1 profit overstatement was in fact closer to £263 million.

With profits being squeezed and custom being lost to discount chains such as Aldi and Lidl, the company is now looking to scrap needless expense in a bid to get back on track.

The GulfStream G550 is the flagship plane in the quintet up for sale and will seat 14 passengers on ‘Edelman beige leather’ seats in a cabin of ‘maple burl gloss’ wood, ‘antique bronze’ metal and ‘Scott beige modern weave’ carpets.

Further to this, the plane is powered by two Rolls-Royce BR700 engines and has an external camera system.

Tesco is asking for around £22 million which includes the placing of two non-refundable deposits worth around £1.25 million combined.

Share prices continue to be affected by the series of events which has rocked the company, the latest being an investigation by the UK Serious Fraud Office over the H1 profit misstatement.

Key shareholder Warren Buffet has also withdrawn his confidence in the business, calling it a huge mistake.