Mobile is the way to go to reach customers 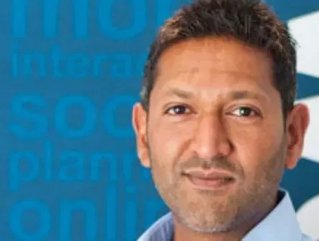 I have something of a shocker for you. 2013 hasn’t been a sea-change in the marketing and digital industry. Rather, 2013 has been a year in which the developments of the past few years have started moving from the arena of “trends to watch for” into actual implementation in campaigns.

Being a digital evangelist, actually seeing these trends in action has made 2013 an incredible year to have been in this industry.

By and far, the most intrinsic development I’ve noted in the past year has been how marketers are being smarter in the allocation of their budgets. It’s no longer a matter of “try this, try that, and see what happens”.

Instead, thanks to a growing knowledge of how digital products and assets can be best deployed to communicate with consumers, marketers are now finally being strategic in how they harness the power of digital.

But that’s been 2013. The one thing that can be said of the digital marketing industry is that the moment you start to feel that things are settling down, something will come along to change everything. So then, what can we expect of 2014?

Big Data is without doubt the one topic that has most entranced the industry in 2013. With very little understanding of how it can or should be used, it has been proclaimed as the new shiny tool that no company can do without. Whether it was social media or QR codes – to name previous forecasted ground-breakers that have proved to be correct and incorrect – anyone who watches the industry has seen this happen before.

Sure, in 2014 we’re still going to see Big Data grabbing the headlines. However, the real trend is going to be an increased realisation that it’s Small Data that’s going to be shifting the ways in which we communicate with consumers.

Data is an incredibly powerful tool for extrapolating insights into your consumers’ habits. However, it has to be the right kind of data.

Taking it back to my view that marketers are increasingly being more strategic, I see them applying this thinking to the Data question. As opposed to overwhelming ourselves with all the data available, I expect we’re going to be smarter in the data we choose to use.

Small Data, with fewer insights more targeted to your needs, is far more likely to assist you in communicating with your consumers.

To App or Not To App

2013 has seen a number of brands trying their hands at the app game. Again, I expect that in 2014 we’re going to see marketers being more strategic in how they go about this.

There are countless apps, some from major brands with thousands of dollars of precious spend to their name, which have ended up in the apps graveyard. This knowledge will finally consign the “develop an app and wait and see if it works” mentality to the history books of marketing.

Apps will increasingly be benchmarked against KPIs. These KPIs may be reaching a certain number of downloads to increase awareness of your business, or seeing a set number of transactions going through in a month. Regardless what they are, like any other business action, apps will be judged on their ROI.

Additionally, in 2014 I expect brands will actually be considering whether or not apps are the correct channel for them. Brands will check whether an app-first mobile strategy is right for their efforts in communicating with consumers when trying to capture the power of mobile in their communications.

With marketers trying to serve consumers across an increasingly fragmentednumber of screens such as tablets, smartphones and other mobile devices in 2013, Responsive Design’s been touted as the silver bullet.

Responsive Design, seeking to rectify this fragmentation, is based on the principle of a single front-end codebase. This means the site gets resized to suit the viewing device’s screen dimensions. So whether you view the site on a smartphone, desktop computer, plasma TV or tablet, you get the same basic experience across all devices.

In 2014, I expect that marketers will be more critical of the idea that Responsive is the answer to all their needs. They’ll correctly ask whether Responsive is best suited to their brands’ needs.

As is proven again and again, there are no silver bullets in marketing. Just as Big Data is great, Responsive Design is great, but may not be the right fit for your particular brand. For instance, a strategy that sees a brand developing a dedicated mobisite may be the best bet.

mCommerce on the verge of explosion

Globally, the projections on just how big mCommerce will actually prove to be in 2013 go as high as saying that it may top US$25 billion. Much of this however, must be attributed to developed markets.

In our markets most consumers are using their mobile devices for practical purposes. But we all know that the one item most people carry with them 24/7 and ‘use’ for multiple purposes is a mobile phone.

Increasingly, thanks in large parts to mobile trends such as decreasing smartphone and data costs, we will see mCommerce gaining more traction in developing markets such as South Africa.

In a report on VentureBurn.com, a site focused on startup news and technology trends in emerging markets, we were pleased to see two projects that Prezence worked on featured in a list of “First Movers”. These First Movers were described as “a few innovative companies in South Africa who have taken the first steps towards capitalising on this huge dormant opportunity”.

These were the mCommerce-capable apps we developed for BidorBuy.co.za and Ster-Kinekor. Since these, we have also built one for Leisure Books.

As that article predicts, I see a lot more brands following their steps into the mCommerce market.

Technology keeps driving change across all industries, and globally the steep upward trend in using new media in communicating with consumers is not being ignored. Marketers are at the forefront of this change.

Mobile is the one medium that in 2014 cannot be ignored. What mobile will represent is fundamentally the most important opportunity for any business to connect with its consumers.

Mobile allows for genuine and relevant connections with far deeper and personalised engagement. It is the most significant digital channel that in 2014 must run through the core of your marketing strategy and seamlessly across every touch point. It is arguably the most important DNA in the digital eco-system, and in 2014 any brand which fails to recognise this will be doing so at its own peril.