No more Orange Wednesdays: Why is EE Ending the Cinema Deal after 10 Years? 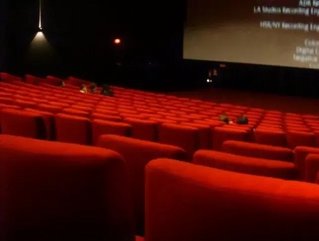 Mobile operator EE has revealed it is ending its iconic Orange Wednesdays 2-for-1 cinema ticket deal after ten years of promotion in the UK.

Always popular among Orange subscribers, and others looking to farm free tickets from friends on the network, the buy one get one free offer is being axed with EE saying that uptake is on the decline and that it was time to bring it to an end.

There are also rumours that the company could not reach an agreement with the cinema chains promoting the deal, Vue and Odeon among them.

The deal will end on the final Wednesday of February 2015, but the news may not all be negative for film lovers as the Telegraph reports that Comparethemarket.com is looking to continue to offer.

"We can confirm that we are currently exploring a mutually beneficial partnership with the cinema industry," a spokesperson told the newspaper.

EE said: "Orange Wednesday launched over a decade ago and at its peak was a massive success and an iconic promotion.After 10 great years our brand has changed and our customers’ viewing habits have also evolved so it’s time to move on."

The decision has been met with fierce criticism on social media, and is likely to continue until another similar promotion comes in to take its place.