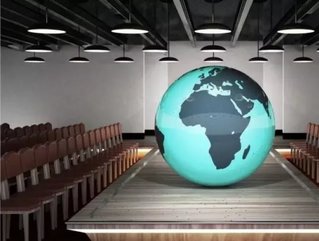 Companies can’t afford not to be considering investing in Africa if they want to grow their brands in markets with a rapidly growing base of consumers with disposable income.

Emerging markets around the world to a certain extent view the proliferation of global brands from developed nations as a necessary evil to grow their economies and increase their percentage of global foreign exchange earnings through international trade.

Conversely, many global brands have traditionally shied away from entering emerging markets on the basis that the risk outweighs the opportunities.

Africa has traditionally been seen as the biggest global challenge for large brands because doing business here is perceived as “difficult”.

This is an erroneous view if you’re prepared to approach African business in a way that Africans do business.

Most of the world’s untapped mineral and energy resources are in emerging markets, they have the largest labour pools, their middle classes are growing fastest and most have predominantly young populations – in stark contrast to nations such as Japan where according to Euromonitor the sale of adult nappies will outstrip those of nappies for infants this year.

Euromonitor also predicts that in 2020 three of the world’s five largest economies will be emerging markets, which will account for around 30 percent of global GDP in Purchasing Power Parity terms compared to 23.5 percent in 2012 when there were just two emerging markets amongst the top five.

Africa’s share of Foreign Direct Investment (FDI) is also growing steadily. According to Ernst & Young’s Africa Attractiveness Survey 2014, the number of new FDI projects in sub-Saharan Africa showed a year-on-year increase of 4.7 percent last year. The study also shows that the average size of FDI projects for the continent overall increased to US$70.1m in 2013, from US$60.1m in 2012.

Another key element that Ernst & Young highlighted as contributing towards growth is intra-Africa investment, which was at an all-time high in 2013. This is very good news for international companies wanting to enter the African market, because it means local companies with intimate knowledge of business conditions on the ground are spreading their wings across the continent.

The short answer is that it’s strategically sound to conduct business in Africa with local partners, the way Africans have been setting up their business models for the past two decades.

We’re all aware of the economic turnaround since the millennium that has seen numerous African countries being counted among the fastest growing economies in the world. In some nations annual GDP growth has rocketed ahead at a rate of more than six percent with no sign of slowing down.

While much of that growth is due to the minerals and energy sectors, significantly fewer unprocessed raw materials are leaving the continent’s shores and with those processing and supportive manufacturing industries has come commercial growth across sectors to sustain the resultant infrastructure and human capital expansion.

Much of that commercial growth is African companies collaborating to provide goods and services to an increasingly consumerist market.

Multinational brands with annual turnovers in the hundreds of millions of rands such as MTN, Shoprite and Dstv are “living proof” of what African-born companies can achieve across the continent by working with local partners

That local know-how is a fundamental reason that Marriott International completed the R2 billion acquisition of Protea Hotels in April this year, rather than attempting a logistically challenging brand penetration simultaneously across numerous countries in sub-Saharan Africa.

The acquisition immediately made Marriott International the largest hospitality group in Africa, but what it bought in Protea was a partnership of people with similar values, who like them understand that successful business is built from the ground up.

This is especially important in Africa and is recognised as an essential building block of the continent’s economy, which in the case of expanding hospitality brands that will ultimately prosper only starts with creating lasting partnerships with governments, tourism authorities, travel trade, development entrepreneurs and local hoteliers.

The real base lies in matters such as creating local employment opportunities that didn’t previously exist, providing world-class training to create career opportunities, and even in the social enterprise development and micro-economies that spring up around the industry such as local food supply chains and support services like industrial laundromats.

These are sustainable enterprises that have grown from a tourism industry that in many regions didn’t previously exist, contributing to GDP and lasting economic growth that will ultimately benefit their immediate communities, their countries and the continent as a whole.

Other international brands could do worse than examine the local business models that work in Africa, form partnerships with successful companies and follow the examples of enterprise development that are growing all tiers of the continent’s economy.

Harry Broadman, Chief Economist and Leader of PwC’s Emerging Markets practice perhaps sums it up best: “The industrial landscape of the world market has changed unalterably. But this is just the beginning. There will be multiple growth nodes from here on out and not just between the advanced countries and the emerging markets—but within emerging markets. The effect on companies from the developed world will continue to be profound.

“Adopting a strategy informed by accurate information and trusted partners with deep local insights and experience is the best way to navigate the risk-opportunity tightrope. But the biggest risk in emerging markets could be just ignoring them.”

Author: Danny Bryer is Director of Sales, Marketing and Revenue for Protea Hotels, which is part of Marriott International. Protea Hotels has by a wide margin the largest number of branded properties on the African continent and is represented in seven sub-Saharan countries. It is also the largest hotel brand in South Africa.