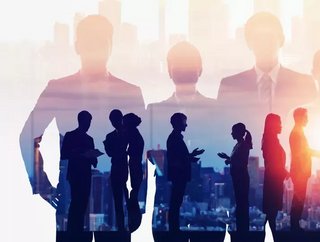 Looking after people and capitalising on revenue opportunities are key in post-pandemic business, as these top 5 fastest-growing C-suite hires prove

Data from LinkedIn has revealed the top 10 fastest-growing C-suite roles in the UK over the last 15 months (September 2020 – August 2021), reflecting the priorities and demands of business in a post-pandemic world.

Unsurprisingly, the HR-focused executive roles of CHRO and chief people officer (CPO) are among those showing the highest growth as organisations deal with the chaos caused by COVID-19 and plan for a post-pandemic workforce.

“CHROs and Chief People Officers have demonstrated the highly strategic role they play in businesses over the past 19 months, and their impact has been clear,” says Becky Schnauffer, LinkedIn’s senior director.

The roles of chief revenue officer and chief growth officer have also witnessed significant growth, ranking at #2 and #5, respectively, with the former seeing 48% growth and the latter 33% growth.

Such increased demand for executives who can maximise cashflow, think strategically and achieve sustained revenue growth further reflects the changing demands of business in light of the pandemic.

Here, we look into how the top five fastest-growing C-suite roles in the UK have evolved during the pandemic and discover exactly what the positions involve, and which key hires have been made in 2021.

Growth of the CHRO Over the last year, there has been a 56% growth in new hires, the highest of all C-suite positions. While CHROs have always been a central player in the C-suite, they have become one of the most important roles over the last 18 months as businesses have dealt with the chaos caused by the pandemic, from furlough to remote working, and as they plan for a post-pandemic workforce.

Role of the CHRO CHROs are responsible both for developing and delivering the human resource strategy for an organisation with a particular focus on policies and processes. A bigger role over the last 20 months, CHROs have worked closely with CEOs to navigate organisations through the COVID-19 crisis: sorting out the details of furlough, implanting hybrid working systems, advising on wellbeing, and planning future work processes and practices.

Growth of the CRO One of the newest C-suites on the business block, the role of a Chief Revenue Officer (CRO) – to maximise cashflow and capitalise on new revenue opportunities – has increasingly emerged as a business priority in light of the pandemic, and has seen 48% growth in the UK in the past 20 months. Many CROs have risen through the sales management route and their focus on business revenue makes them natural successors to CEOs.

Role of the CRO CROs take on every revenue-generating function in a business to drive predictable growth and work to connect different revenue-related functions, from marketing to sales, customer success, pricing, and revenue operations. They focus on improving sales performance, creating great product and pricing strategy, and delivering customer satisfaction. CROs look for ways to grow the business which means identifying and following new paths to revenue and using analytics and strategy to plan for the future.

Growth of the CPO Witnessing a 45% growth in hires in the last year, chief people officers, like CHROs, have emerged as key C-suite roles throughout the pandemic and beyond as they deal with a company’s most important assets, its people.

Role of the CPO While a chief people officer is similar to a CHRO in that they deal with people, there are differences in focus. While a CHRO focuses on policy and process within HR, a chief people officer’s focus is on its people, culture and workplace strategies. Essentially, they are charged with implementing and managing the strategy and processes related to building and retaining an exceptional team of professionals. Their job is to optimise people-centred activities including hiring, training, professional development and performance management to ensure an organisation’s growth.

Growth of the CCO Undergoing a 35% growth in hires in the last year, the chief communications officer has evolved from simply polishing a brand to protecting a brand, brought about by the rise of social media in particular.

Role of the CCO Responsible for leading a company’s global communications and public affairs division, CCOs lead on executive communications, crisis management, events management and corporate communications and play an increasingly critical role in advancing corporate reputation. They manage the reputation of the company, including PR, external affairs, and social media. CCOs are expected to drive corporate change and ensure that their companies’ messages are consistent and transparent across all touchpoints and audiences.

Growth of the CGO In recent years, the CGO has emerged as an evolution of the traditional marketing role, as businesses realise the importance of customer-centricity in achieving long-term growth. And in the last 20 months, the role has been the fifth fastest-growing in the UK with 33% growth.

Role of the CGO A hybrid role that bridges organisational departments, a CGO focuses on sales, marketing and product and is responsible for managing a company’s growth, whether measured in terms of revenue or metrics like customer engagement. CGOs work on internal alignment as it applies to targeted revenue growth.