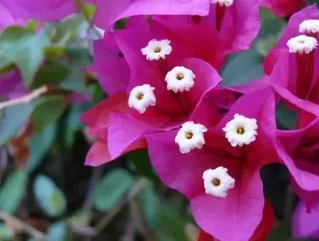 According to Dave Douglas, Investment Advisor at Agri-Vie, the fund was attracted to making this investment in Kariki by its reputation as a high quality supplier, its world class operational facilities, and because it is an efficient and well managed business.

Douglas said: “the horticultural industry in Kenya is a significant contributor to the national GDP. Kenya now has a 38 percent market share of the massive flower supply in Europe.

“Being on the Equator, there is no real change of season and with a high percentage of sunlight hours a year, Kenya has capitalised on these climatic and geographic advantages. Conversely, growers in Europe have to utilise artificial lighting and heating to extend their growing period, thereby adding substantially to their costs.”

The flower industry in Kenya has grown progressively from modest beginnings in the mid-1980s. Within 20 years it emerged as one of the world’s leading flower exporting nations.

Recognising the potential, the Kariki Group was founded in 2002 by brothers Richard and Andrew Fernandes, at a stage when the European floriculture sector became less cost competitive and began shrinking.

The cut flower industry operates to highly sophisticated and effective standards.  Within two days of cut flowers being harvested in Kenya, they are available to be sold to the consumer in Europe having been trimmed, packaged, and airfreighted overnight from Nairobi to Holland.

From there, approximately two thirds of the flowers are sold through the massive Dutch flower auction at Aalsmeer after which they are invariably re-shipped to the final destination in countries as diverse as Sweden, Russia, USA and Japan.

Kariki is one of the fastest growing cut flower businesses in Kenya, operating from four different sites within Kenya all at different altitudes in the highlands, allowing optimum growth of different varieties.

Kariki’s focus on the production of niche categories of flowers under proprietary rights sets it further apart from its competition.

Agri-Vie’s investment will assist the company in further expansion, as growth opportunities are significant. While the European market is extensive, demand is also growing in the Japanese, Middle-Eastern and Australasian markets.

Additionally, there is much potential to widening the product range in order to satisfy market needs.

The Kariki founders and their fellow shareholders welcome Agri-Vie into their company as a long term equity partner that is knowledgeable about doing business in the East Africa region and in the horticultural sector, according to Richard Fernandes, co-founder of the business.

In addition, each of Kariki’s 1200 employees actively participate in improving efficiencies and quality standards under the skilled leadership of the respective management teams with support from the Fernandes brothers.

All these factors have contributed to Kariki being a world class operation, and a most attractive investment for AgriVie” he concluded.