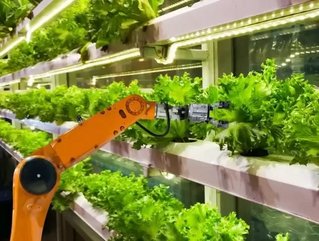 There is no doubt that Open Data democratizes knowledge. It empowers people to make better decisions such as reducing costs, increasing their income, safeguarding precious natural resources and ensuring that industries can flourish.  For this to happen, society needs to overcome the current digital divides. These current divides exist in three forms and are the gulf between those who have ready access to computers and the internet and those who do not. This includes access to technology, the sophistication of the technology and those who possess the skills to use it. As a result, it is greatly damaging the chances of success for millions around the world, especially in Africa, a continent which relies heavily on the farming and agriculture sectors for its 1.2 billion citizens. Therefore, it is important to understand what these divides are and how they can be addressed, which if executed successfully could see Africa become the key to unlocking the potential of technology as it will experience greater economic growth, address key social issues such as gender equality and hunger and secure a brighter future.

The first digital divide is the most common factor we think of when it comes to technology. This is where in more economically advanced economies, there is a greater access to technology, which in turn, further advances their economic systems. As a result, almost all the countries within this sphere have been able to leverage existing capabilities, improving the lives of many and making a real sustained contribution to development such as more jobs and producing cheaper goods.

Although this was increasing the gap between the developing and developed countries not too long ago, this advancement in products and accessibility to them has led to the cost of technology drastically falling, and a new generation of young, more educated, tech-savvy individuals are now mastering technology. This is especially the case in Africa with more people using mobile phones and the internet and is certainly a testament to the continent’s recent innovation in advancing technology. However, Internet World Stats estimates that Africa only accounts for 11.9% of the world’s internet users, which highlights the need for governments and other leading bodies to make this more affordable and accessible.

Due to factors such as cost and sustainability, farming on a larger scale has been more efficient than farming on a small scale. This is the current reality for 90% of the world’s farmers who make do with 4 hectares or less, or the 80% that must make do with half that.  Without the economies of scale that the big farmers have, subsistence farming, in which crops are grown by farmers to feed themselves and their families has long been the destiny of African farmers.

However, now with greater access to big data, farmers can use technology to maximize crop potential for economic gain. Today, those in the industry can identify and solve several issues they were unable to do previously such as identify when is the best time to plant crops and what the weather will be like. Because of technology opening a world of data, farmers can share information and track records from previous years which has meant that farming is now more sustainable and is helping to feed others. An example of this is Esoko, an organisation which has enabled farmers and their buyers in the region access to Open Data through mobile phone technology to both obtain and share information relevant to the markets to encourage fairer pricing based on shared feedback. Through utilising Open Data to collect this data on a national scale, their solution, TradeNet enabled farmers to create a self-sustainable business model combining data, farmers, customers, markets, dealers and phone companies on an open system, improving the livelihoods of hundreds and thousands of families. This further emphasizes the need to unite and establish cooperation between all key figures in the sector to help make a data-driven industry in which can connect and share innovations to help truly democratize knowledge and empowers Africa’s farmers.

That being said, there is a second digital divide here – farmers, and particularly those operating under a low economy and scale, do not have equal means to access information and technology resources available to large scale farmers. This divide is more economic, further creating a wedge between the haves and the have nots, a vicious cycle that needs to be broken.

The final digital divide is often the most ignored and disregarded and that is gender. It is often said that most of the agricultural labour force in developing countries is made up of women. This is supported by the Food and Agriculture Organization (FAO), which identified that 70 and 90 percent of the agricultural labour force in many sub-Saharan African countries are women. However, the burden of labour for rural women far exceeds that of men and includes a higher proportion of unpaid household responsibilities related to preparing food and collecting fuel and water. Invariably women are over represented in unpaid, seasonal and part-time work, and the available evidence suggests that women are often paid less than men for the same work. This is especially acute in sub-Saharan Africa phenomenons in some sectors such as unskilled labour in the fruit, vegetable and cut-flower export sector.

According to the International Telecommunication Union (ITU), it was estimated that by the end of 2013, 40 percent of the world's inhabitants were using the internet, double what it was little more than a decade ago. Yet progress has not reached everyone in the same way during this period. For instance, despite having the highest growth in internet penetration across the globe,  Africa remains the only continent whose digital gender gap has widened and according to ITU men are twice as likely to use the internet than women, discrepancy especially acute in Africa, where the gender gap soars to 45% in sub Saharan Africa.

Women make essential contributions to agriculture and rural enterprises across the developing world. Yet diversity in women’s roles and over-generalization often undermines policy relevance and planning, and hence implementing corrective equality measures. By giving women access to technology, businesses will be able to innovate in different ways and explore new opportunities whilst also reaping the rewards of economic development.

Going forward, it is important that respective governments within Africa introduce the correct national policies required for an equitable, inclusive and performing economy. However, it must be emphasized that within these, that policies can only go so far. We need the right tools to support them and this means that technology will be a key driver in this.

What is clear, is that the digital divide will only widen if key figureheads do not look at other ways to address the issue sooner rather than later. Technology has opened many doors and empowered millions of people to drive their societies forward and Africa has been no exception to this. But more still needs to be done. No country can expect 100% performance if more than half its population is insufficiently equipped. Globally the world needs all its talent to bring our agri-food industry to the level it will need to feed everyone in this generation and the one to come. By giving everybody access to the information, the benefits will be limitless, and it is therefore vital that steps are made to build up the capacities and tools appropriate to their reality and to facilitate the growth of new leaders today and for the future. At GODAN, a global alliance of almost a thousand member organizations, governments, international and national organizations, private sector and academia is united by the common belief that working together, sharing data and its underlying knowledge makes a better, stronger, and in a better position to address the global food security challenges that bloom at the horizon of 2030.