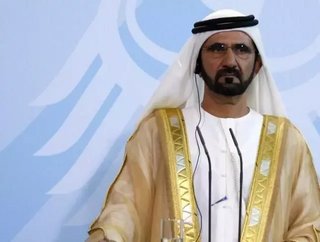 Sheikh Mohammed bin Rashed al-Maktoum has launched a $272 million project that brings together 28 organisations to combat poverty and unemployment as well as tackle education issues. The programme will coordinate 1400 human development projects in 116 countries around the world.

As he launched the new foundations, Sheikh Mohammed said: “The world today is facing great challenges on all levels; in terrorism, wars and mass immigration and the only solution lies in human development which can be achieved by educating people and helping them build their future.”

The Dubai Media Office issued the list of objectives and goals which the foundation is aiming to achieve by 2025:

- 30 million people to be treated for blindness and eye diseases

- Two million households to be provided with support

- AED500 million to be invested in water research in the region

- 5,000 innovators to be supported and incubated across the region

- AED5.5 billion to be invested in innovation and creating incubators

- 50,000 young entrepreneurs to be trained and supported

- AED150 million to be awarded to encourage creatives, intellectuals and journalists

- AED600 million to be invested to promote a culture of tolerance