The e-birth of a nation – how Facebook conquered Nigeria 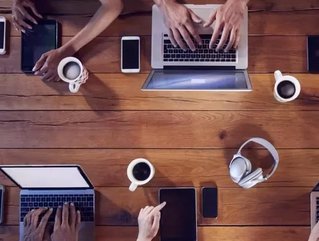 A three-company partnership has just launched Facebook’s Express Wi-Fi across Nigeria, a country beset by communication problems. Facebook recently joined forces with Tizeti and MainOne in a project that has supplied power, sustainability and low costs and to an emerging digital colossus…

Social media giant Facebook has Africa firmly in its sights. Following Google’s announcement last year that it was to train 10mn young people in online skills over the next five years – producing 100,000 software developers in the process – Facebook launched a $24mn technology training programme in Nigeria last November to establish a foothold in the continent. The hub opens later this year and will offer support to tech startups while also training 50,000 young people and SMEs in digital skills.

A regional director based in South Africa swiftly followed. Emeka Afigbo, Facebook Head of Platform Partnerships Middle East and Africa, laid out the plans: “We are committed to working with people in Africa, helping entrepreneurs and developers grow, and to eliminating barriers to connectivity,” he told reporters. And there most certainly are barriers to connectivity.

It’s perhaps unsurprising that a continent as vast and largely untamed as Africa has long been dogged by poor communications. Many areas experience little or no internet with fast and reliable wi-fi but a pipe dream for many, crucially at a time when many African countries are announcing to the world that they’re open for business.

Poor power supply has been cited as the chief contributor to Africa’s woes, with businesses unable to operate and manage data centres and basic operations due to little or no digital communication. Sectors most affected include banking and tourism, which have suffered greatly with power outages causing total communications blackouts, while also hitting profits as the already high cost of doing business in these emerging economies escalates.

Poor power supply has prompted many digital providers and business-process outsourcers to invest in generators in a bid to fulfil demand. The national grid is increasingly being bypassed by companies who are looking more and more to renewable energy sources.

With over 140mn mobile phone subscribers, Nigeria – with the highest number of internet users in Africa at 91.6mn – is Africa’s largest telecom market defined by investment and subscription. As a result, a sustainable solution to its poor internet connectivity problems has long been sought. Enter Facebook.

“We understand the important role Facebook plays here in Nigeria with developers and startups and are invested in helping these communities,” said Emeka Afigbo, its Regional Head of Platform Partnership, last November. Afigbo added that Nigeria, Africa's most populous nation, was an important market for Facebook. “Everybody knows about the country's entrepreneurial drive,” he said. “Its creativity, large, young population… we think the investment in Nigeria will spread and have impact across the continent,” he explained.

When Facebook looked to remedy some of the digital shortfall in Nigeria, with a plan to providing Express Wi-Fi hot spots across the country it looked to Tizeti, a fast-growing ISP from Nigeria. We caught up with Kendall Ananyi, Founder and CEO of Tizeti and the man who helped Facebook establish a stronger presence in the region.

So, what attracted Facebook to Tizeti? “We were already a fast-growing ISP and had the ability to deploy the hotspots very quickly,” Ananyi explains. “Therefore, they (Facebook) felt we would be good partners on this. We were both aligned on the need to solve the internet problem in Africa and they move really quickly once they have determined that you are able, and ready, to execute on a vision.

“Express Wi-Fi is possible as a result of software provided by Facebook, which allows internet service providers and mobile operators to provide quality internet access through hotspots by working closely with local entrepreneurs. Express Wi-Fi has been a welcome innovation in that it allows these entrepreneurs the opportunity to make an income, while providing a service for areas where people gather and work, including markets, cafes and public outdoor spaces. Under-serviced areas can be catered to – internet access is more widely available so that people can stream more, connect more and conveniently conduct business online.”

Tizeti had a simple solution to the power shortfall: the sun. “We provide fast wi-fi technology and unlimited, uncapped wi-fi internet through our own solar power base stations,” says Ananyi. Indeed, the recurring issue of power was at the heart of Facebook’s partnering with Tizeti and leading provider of innovative telecom services and network solutions MainOne, which provided fibre connectivity and multiple Gbps internet bandwidth to Tizeti’s outdoor towers via a mix of fibre optic and microwave backhaul connections.

“Our use of solar energy in the operation of our solar towers has been, and still is, our unique selling point,” says Ananyi. “The use of solar power has increased across Nigeria, therefore we utilised this as well as the decreasing cost of solar panels, which have allowed us to build our own solar power stations in key hubs in Lagos. Because of this, we are not restrained by costly wholesale internet costs from large telcos that have previously dominated the data market.”

The birth of a vision

Tizeti was launched in 2012 as a niche ISP to deliver internet to Estates, but was relaunched as Wifi.com.ng in 2014 to the mass market; with the goal of providing a sustainable solution to the poor internet connectivity problems in Nigeria and Africa. The company attracted $2.1mn in seed funding – which is large for an African company – as it looked to extend its footprint. It has also turned down many investment opportunities to maintain more control.

Prior to Tizeti, Ananyi worked with two AAA companies, ExxonMobil and Microsoft, as well as a ‘Big 4’ in Pricewaterhouse Coopers. “I managed large oil and gas projects and this helped shaped my thesis of building capital-efficient internet infrastructure quickly,” says Ananyi. “At Microsoft I developed software which I applied at Tizeti and led development of our own technology stack that powers every aspect of our business from customer billing and support through to custom networking software that runs on our equipment. My experience at PricewaterhouseCoopers (in Nigeria and Canada) helped make me more rounded, as most engineers have little understanding of finance and accounting.

“You have to decide who your target market is and develop products that appeal to them and are disruptive in the market. A startup’s strength lies in its ability to innovate and it’s extremely important to us. It is one of our core values.”

Keeping cost and prices low during the Express Wi-Fi roll out was always integral to its success. “Running our internet network from our own infrastructure reduces operational costs and allows us to be hyper competitive with our prices and data,” says Ananyi. “Solar power has allowed us to monitor and reduce operational costs such as overheads on generators and diesel etc., which are often used across the continent to run towers. This has then given us the flexibility to be competitive with our prices for the sake of our customers with subscriptions approximately 30% cheaper than the large telcos. Wifi.com.ng – our customer facing-arm – has subscriptions starting from N9,500 ($30) a month.”

The price point was key to the entire operation with Facebook. “Offering unlimited internet at 30-50% less than our customers is disruptive in our market and has been difficult to replicate.

As was figuring out how to deliver up to 1.5TB (1,500GB) a month to customers without throttling them. As was bootstrapping to a $1mn run rate with no external investments and securing licensed spectrum from the NCC (Nigerian Communications Commission).”

The equation between low prices and increasing demand can often strangle growth, but Tizeti and Facebook experienced no such problems. “The cost of internet drops over time and as customer demand increases, the cost per Mbps (megabits per second) also drops. So, high bandwidth costs actually become easier over time.

“We are a mobile-first continent and as the price of the internet drops to affordable levels, a lot of innovation will come out of the continent. The digital solutions and services we will develop will solve the unique problems we have in Africa.

Locations were chosen by Facebook and Tizeti based on areas where people “gather and work, including markets, cafes and public outdoor spaces”.

Ananyi explains: “We approached many potential retailers and so far, we have not seen any push back. They usually ask when we’ll be launching as they themselves need the internet for their business.

“We pride ourselves in providing an internet service that is not only fast, affordable, unlimited and uncapped, but is most importantly – undisruptive. Our public wi-fi hotspots are also amongst the best in Nigeria and in Africa. With our additional hotspots that have been added, we’ve been working towards ensuring that will be no shortage of internet connectivity opportunities for customers.”

You can’t conquer a problem like Africa overnight however, and a seamlessly digital environment will always experience glitches along the way. “Our biggest challenge is interference,” says Ananyi, “which affects the quality of the internet connection. We are now in the process of solving by licensing spectrum (frequency assignment service) from the Nigerian government to cover Lagos, South West and South-South regions. This does add pressure to our business model as licence fees are hefty, but are offset by the significant improvement in the quality of service.”

The e-birth of a nation

“We are proud to have partnered with Facebook in this venture in seeing Express Wi-Fi becoming a standard sight in Nigeria and aim to be the go-to internet service provider in Lagos and ensure that we are fully functional here. We are, however, extending our services into the South-South region of the country, with a view to expand across the West African region over the next 18-24 months.”

“We are on track to have more towers than a typical telco or towerco per square kilometre once we complete building our network in Lagos. We have also signed an IRU contract with a submarine cable provider to extend our service coverage through its fibre optic cable network to our wi-fi towers to reach our more customers directly.”