EasyJet founder in talks to launch a low-cost Africa airline 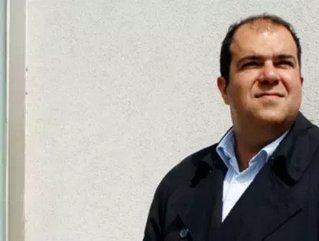 Sir Stelios, the man behind the easyGroup brand, is reportedly backing an African carrier which will operate under his FastJet brand. The tycoon has been embroiled in a long-running boardroom battle with EasyJet regarding an infringement of rights between EasyJet and FastJet. EasyJet has not made a statement regarding Stelios’ new venture, however has referred press to a statement from 2011 in which it stated it would take ‘necessary action’ if FastJet infringed its rights.

In an announcement made on Wednesday 13 June, it was revealed that a company named Rubicon has bought the aviation arm of Lonrho, the pan-African conglomerate, in a deal work $85.7m. As part of the deal easyGroup will own five percent of Rubicon. The airline will be called FastJet and will operate from Lonrho’s hubs in Kenya, Tanzania, Ghana and Angola. As part of the statement Lonrho said, “FastJet will focus on developing a true low-cost airline for Africa based on the existing Lonrho Aviation platform.”

Sir Stelios currently controls 37.5 percent of EasyJet, however the company is concerned that the activities of his latest venture, FastJet could infringe its rights. In a statement released last November EasyJet said, “To the extent that any activity of FastJet, Sir Stelios or any company controlled by him infringes or would infringe those rights, easyJet will take necessary action to protect the rights of easyJet and the interests of its shareholders.” EasyJet currently flies between the UK and North African destinations including Marrakech, Jordan and Egypt, however it doesn’t operate domestic African services.

Haji-Ioannou said the move would help bring low-cost air travel to more Africans. “This is another small but significant step in bringing the dream of low cost air travel to millions of people in Africa – the aviation industry's last frontier. Past experience shows by halving fares, a successful low-cost carrier can encourage those people, who have never previously travelled by air, to fly. For Africa, with its densely populated cities separated by great distances – this means a potential new market of millions.”