European Manufacturers Surge Ahead of Asia 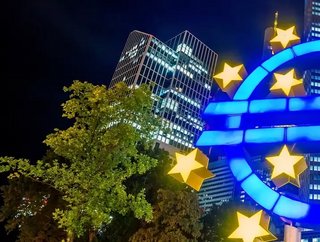 With record Purchasing Managers’ Index results in June, the Eurozone is set for a strong manufacturing recovery

In June, European manufacturers expanded production at their fastest pace in 15 years. The Brits hired more workers, Czech and Polish manufacturers filled record orders, and France and Italy took steps to re-open their economies. In sharp contrast, Asian manufacturers continue to struggle with rising raw material costs and coronavirus shutdowns. In the past few months, China, Japan, Vietnam, Malaysia, and India have all faced new pandemic restrictions. If these trends persist, Europe will take over a larger role in the global manufacturing economy—while Asia falls behind.

Slowdowns from Shanghai to Seoul

In contrast to the Eurozone, Asian output growth is at its lowest level in 15 months. In June, Japan’s factory output fell to its slowest pace in four months; Vietnam’s Purchasing Managers’ Index (PMI) dropped to 44.1; Malaysia’s plunged to 39.9. For the record, anything below a PMI of 50 isn’t good. ‘Virus outbreaks and supply chain issues created mounting headwinds for industry’, explained Alex Holmes, emerging Asia economist.

In short, although national vaccination campaigns are ramping up, Asian governments still have a long way to go. Experts anticipate potentially deadly waves of the pandemic in India and other Southeast Asian nations. These could shut down Asian manufacturing companies for weeks, if not months. And in that span of time, European manufacturers could develop critical supply chains—and domestic manufacturing independence.

The Eurozone Speeds Up

As pandemic restrictions ease, European manufacturers have been able to return to work. In June, IHS Markit’s final manufacturing PMI rose to a high of 63.4. This is primarily due to governments reopening national economies. After all, though the delta variant has raised concerns about a new European COVID crisis, the original vaccines still seem to prevent quite well against further infection.

Hiring has also reached a peak, with companies seeking new workers rather than extending daily hours.  ‘Why not launch massive recruitment campaigns since there will be many more people without jobs?’ said Céline Verzeletti in Politico. ‘If we have to produce more, that means that we have needs, so to meet them, let us hire massively’.

In addition, European manufacturers adjusted their systems to cope with COVID restrictions. According to Politico, Fiat Chrysler issued its workers two surgical masks, and a new pair of gloves each day. Sweden’s Volvo Torslanda plant created barriers between staff in break areas. And Airbus’s Hamburg aircraft plant placed staff on colour-coded shifts so as to reduce contact when clocking in and out. These measures, while inconvenient, have allowed manufacturers to resume some semblance of production— even in the midst of the pandemic.

This recovery has been mirrored in the public sphere, as costly restrictions ease. ‘A few months ago, we were seeing the Eurozone lagging with vaccinations’, said ING’s Bert Colijn. ‘We’ve been expecting [this type of] turnaround’. France has adjusted its night curfews and face mask regulations, while Italy has opened restaurants and allowed more tourists to enter the country. Added Phil Smith, Associate Director at IHS Markit: ‘With containment measures set to be lifted further in July, this strong momentum is on course to carry over to the third quarter’.