The Future of Work in Africa 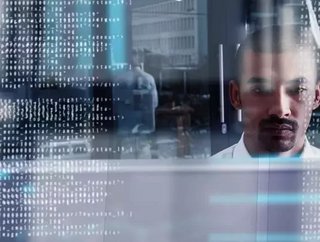 The Future of Work in Africa: An Interview with Sunil Geness, Director of Government Relations and CSR at SAP Africa and Global Coordinator of Africa Code Week 2018

Q: How do we ensure that our education system complies with the requirement of the digital future?

The World Economic Forum believes nearly two-thirds of children entering school today will work in jobs that don't yet exist. This leads me to believe that we need a fundamental rethink of our relationship with work and skills development.

The development of STEM skills should be prioritised to ensure our youth have the hard skills to participate in the future workforce. In addition, human-specific qualities such as creativity, resilience, adaptability and leadership should be taught from a young age to empower our youth with the character skills needed to survive and thrive. Our educations systems need to place emphasis on building strong human capital foundations whilst engendering a culture of lifelong learning.

Q: Should we be scared of the future of work?

The disruption of technologies such as AI in Africa should not be underestimated. We are at the cusp of a revolutionary rethink of work and life driven by technological advancement; this can be scary. However, I’d prefer to think that we’re faced with unprecedented opportunities for personal and societal advancement. The automation of mundane tasks is an opportunity to redeploy our distinctly human capabilities - ingenuity, creativity, adaptability - to more high-value work activities that are ultimately more rewarding and more fulfilling.

Africa has a particularly exciting future: developed countries around the world face an impending skills shortage as their populations age faster than they grow. The OECD found that 40% of firms in the US face a skills shortage - in Japan, that figure is 81%. African workers - provided they have the correct mix of STEM and soft skills - could very well become the driving force of global organisations around the world as our youthful population continues to grow. We should embrace the future of work with much excitement and optimism.

Q: Why is Africa in particular well positioned to take advantage of the changing nature of work?

Traditionally, our workforce has lagged behind the more developed nations in our adoption and development of digital skills.

But over the past few years, immense efforts by the public and private sectors across the continent has created a groundswell of interest in coding and other digital skills. The SAP Africa Code Week programme, for example, trained more than 1.3 million African youth in basic coding skills in 2017 alone.

As public and private sector collaboration and cooperation regarding digital skills development continues to grow, more and more African youth will be empowered with the basic skills required to enter the types of jobs that will be needed to drive the 21st century digital economy. That's good news for the continent, with developed nations' increasingly aging populations, Africa could very well be the engine of labour that drives the global economy over the next 50 years.

Q: What is the importance of teaching coding?

By training Africans to code, we are securing the future of the continent due to the presence of code in every facet of life, and by increasing our ability to develop technology for global consumption.

We are living in a world where new technologies are advancing faster than we have ever witnessed. Artificial intelligence, big data, machine learning, cloud computing, blockchain, nanotechnology, mobile applications, drone technology and 3D printing, to name but a few.  With new technologies emerging every day, we believe that coding is a language that every African child needs to be fluent in.

But it is a tough time to be young in Africa, with 40 million young people currently estimated to be out of work and many more in poverty. Nearly 35% of Africa’s youth lack the basic skills required to perform a job and, in particular, they lack technology training.

In order to build Africa’s educated workforce, children and youth must be provided the opportunity to acquire digital skills from a very young age. During 2018, we were able to deliver the programme to hearing impaired learners in Mozambique proving that coding is a universal language that every African child deserves to learn.  With only 1% of Africa’s youth leaving school equipped with digital skills, there is so much we can do to empower our youth and prepare them for the highly competitive digital economy.

Q: What is corporate Africa doing about creating an environment for learning?

One of Africa’s critical challenges is that the skills of the youth are not improving, compared to global standards. This is despite the numerous programmes being run across the continent to raise technology skills. Part of the problem is that many of these initiatives are one-off events. Africa requires sustainable programmes, with measurable long-term goals.

Private sector is the engine of growth globally and it is therefore critical for corporate Africa to partner with African Governments in the quest to expand on digital skills.

As an example of this, the Africa Code Week program is now in its 4th year, and continues to grow in popularity across the continent thanks to a fast-growing network of schools, supporting governments, private sector partners, non-profits and local communities working together to unite against the digital and gender skills gap.

These strong partnerships are the driving force behind Africa Code Week’s ambitious goals and ability to build community capacity in ICT education across an entire continent. The programme is now actively supported by key partners, including Google, more than 15 African governments, over 150 partners and 100 ambassadors across the continent.

It is crucial that we collaborate and join forces with Government and Public & Private sector organisations to prepare our work force for the highly competitive 4th Industrial Revolution, and each of us has a responsibility to play in conquering Africa’s gaping digital divide.