History of G20 – what it is, when it started, what it does 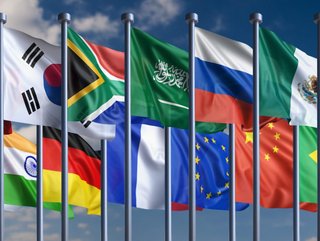 As world leaders gather for the G20 summit in Indonesia, we chart the history of the forum that aims to achieve economic stability and sustainable growth

World leaders are meeting in Bali, Indonesia, for the 17th annual G20 summit where issues of food security, energy security, and global economic stability is expected to dominate talks.

Indonesian President Joko Widodo welcomed 17 leaders of the G20 countries who confirmed attendance, among them US President Joe Biden and Chinese President Xi Jinping, who met face-to-face in Bali the day before the start of the summit.

According to a White House statement, the two leaders spoke candidly about their respective priorities and intentions across a range of issues, welcoming “ongoing efforts to address specific issues in U.S.-China bilateral relations”.

What is the G20 and what does it achieve?

Taking place annually since 1999, the G20 forum convenes both the world’s major advanced and emerging economies to cooperate on the most important issues of the global economic and financial agenda.

Supported by several international organisations including the IMF, UN, and World Bank, the G20 is made up of 19 countries and one economic region, which together represent around 90% of global GDP, 80% of global trade, and two-thirds of the world’s population.

The objectives of the G20 forum, which is chaired by a different member each year, are to coordinate policy aimed at achieving global economic stability and sustainable growth, promote financial regulations that reduce risks and prevent future financial crises, and create a new international financial architecture.

G20 – how it began and evolved

Formed in 1999 in response to the Asian financial crisis, the G20 (Group of Twenty) was initially focused on general macroeconomic policy but has since broadened into a forum that addresses urgent issues, from food security to climate change.

Originally a convening of the Finance Ministers and Central Bank Governors of advanced and emerging countries, the G20 first took place in Berlin, Germany, and has been held annually since in different countries.

In 2008, the G20 was raised to Summit level to address the global financial and economic crisis of 2008 with the First Summit hosted by the US President in Washington. Here, leaders discussed the causes of the crisis and agreed to implement an Action Plan around the objectives of restoring global growth, strengthening the international financial system, and reforming international financial institutions.

Among achievements from the G20’s policy agenda over the 17 years:

The next G20 is expected to take place in September 2023 in India, by which time India is predicted to have overtaken China as the most populated country on the planet and Brazil and South Africa are planned for 2024 and 2025, respectively.