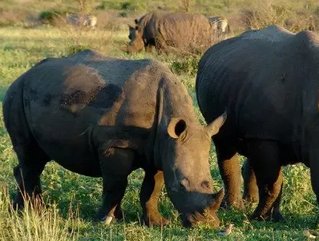 With an unacceptably high number of white and black rhinos poached each year in Southern Africa, Imperial Retail Logistics has pledged to fight to save this ‘dying breed’ in a practical way.

A member company of Imperial Logistics, IRL has pledged its support to SANParks’ Rangers, particularly as they work on the frontline of combating rhino poaching in South Africa.

The company’s latest act of support is the donation of 500 food hampers to the Kruger National Park Honorary Rangers and their families.

“This donation is a token of appreciation to the Honorary Rangers and SANParks for the critical role they play in nature conservation for coming generations,” said Friedel Spies, Commercial Director from Imperial Retail Logistics.

“During our team’s visit to the Kruger Park in August last year, we got to grips with the massive effort that is needed to protect the Rhino population,” explained Spies.

“We decided to contribute by donating food hampers to the families of those who work so passionately and as volunteers in this field.”

The past year was a difficult one for the rangers who battle poaching on the front line, bearing the brunt of the onslaught of heavily armed and highly skilled rhino poachers, he added, noting that 99 percent of the field rangers are from previously disadvantaged individuals.

“As Imperial we are proud to be associated with this important initiative and salute all the individuals who are making a difference in the conservation and the protection for the Rhino population in South Africa.

“We thank all our customers and suppliers who helped make this venture possible,” concluded Spies.