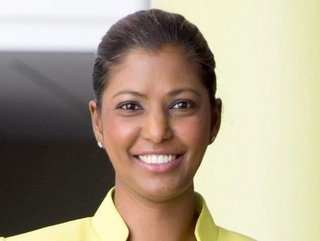 Ruwayada Redfearn becomes first female black CEO to lead Deloitte Africa, leading a 42% female team and with plans to put the firm at the forefront of ESG

Ruwayada Redfearn has become the first female CEO of Deloitte Africa and its fourth consecutive black CEO, taking office with a new 14-member ExCo that is 42% female, and plans to position Deloitte Africa at the forefront of the ESG conversation.

This puts Deloitte Africa well ahead of its global counterparts on gender parity and marks a major next step in Deloitte’s transformation journey and its aspirational goal of 30% female representation at both executive/partner and board level by 2023 and 40% by 2025.

Two other women have also recently been made CEO at Deloitte on the continent, with Charity Mtwazi becoming the first-ever chief executive of Deloitte Zimbabwe, and Delia Ndlovu named as the new chair of the Deloitte Africa board.

This historic advancement of gender parity for Deloitte in Africa comes as Deloitte Global continues to grow its female representation.

Just in the last week, Deloitte Ireland named 14 new partners, including five women, bringing to 28% its female ratio of partnership; while Deloitte UK promoted 124 new partners, 35% of them female, up from 30% last year with women now making up 26% of Deloitte’s total UK partners. And in Deloitte Middle East, new women partners formed 23% of the firm’s internal partner promotions in the region.

This follows the introduction within the last year of new policies to support inclusion, including giving its people the choice of when and where they work and introducing new policies such as the Allyship Toolkit and the Better Balance Framework to promote gender allyship. Not to mention the recent launch of its Future Leaders Programme which aims to improve representation of women and underrepresented ethnic groups in leadership roles.

Ruwayada, who has been with Deloitte throughout her career, bar a three-year stint elsewhere, plans to put ESG centre stage at Deloitte Africa, and ensure they are part of the ESG conversation across the continent.

Her vision, she says, is not only to make Deloitte “an employer of choice for top talent across the continent”, but also to “make an impact that matters to our people, clients and society”.

Passionate about purpose, Redfearn is excited about the role and in leading Deloitte in Africa to become an even more socially accountable business.

“Taking into account the macro-economic volatility of the past decade; the global financial crisis of 2008, the recent pandemic economy and now the war on Ukraine, it is apparent that companies cannot rely on profitability alone to survive," she says, adding that “they need to be purpose-led”.

She recognises that future-fit companies will remain viable because of their agency of multiple bottom-lines, such as integrity, social responsibility and environmental custodianship, and will use part of Deloitte Global’s US$1bn investment in its Deloitte Sustainability and Climate practice to bolster Deloitte Africa’s capabilities in this area.

How did Ruwayada Redfearn rise to top job at Deloitte Africa?

Ruwayada, 47, began her career at Deloitte as a trainee in the Durban office in 1997, taking a two-year secondment in the New York offices before returning to Durban and being appointed a partner in 2004. She was promoted to lead the Audit Practice of the KwaZulu-Natal (KZN) region in 2010, serving some of the region’s most prestigious clients, and she also chaired the Global Young Partners’ Advisory Council.

Ruwayada left Deloitte for a three-year CFO stint at Grindrod Trading, a global commodity trading business, before returning to the firm in 2015 to take up a role as managing partner for the KZN region as well as managing the Risk Advisory business for the Eastern Seaboard.

She has served as the chairman of the company’s Africa Unit since 2016. She also serves on the Deloitte Global Board of Directors. She has a bachelor’s degree in accounting and finance from the University of KwaZulu-Natal.

Having spent time both in the profession and in commerce and industry, Ruwayada brings to the role an outsider’s view, and is known for her ability to form and nurture strong relationships and networks.

She succeeds Lwazi Bam who stepped down in May following a 28-year tenure at the firm, including a decade as CEO.