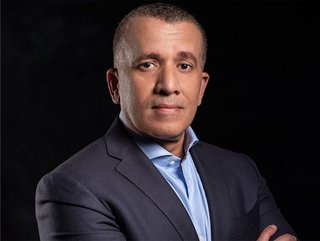 Microsoft is strengthening its presence and impact across Africa, with the unveiling of the Africa Regional Cluster (ARC) subsidiary.

This builds on the software giant’s three-decade-long commitment to Africa and follows the setup last year of Microsoft’s Africa Transformation Office (ATO).

Last year was an instrumental year for ATO, in which the team accelerated the execution of its key strategic focus areas to synergise existing Microsoft investment and drive amplified impact and growth. ATO spearheaded numerous initiatives and strategic partnerships across Africa to build digital infrastructure, enable SMEs with digital capabilities, support innovative startups and skills the current and future workforce.

This new subsidiary, which covers all countries in the continent except for South Africa, will increase Microsoft’s ability to bring scale and innovation to its execution across the continent and will drive strategic initiatives across the continent to accelerate digital transformations powered by the people of Africa for Africa.

“Our guiding principle is enabling our customers and partners through the unique value of the Microsoft Cloud, while bringing to life our mission of empowering every person and every organisation on the planet to achieve more,” says Samer Abu Ltaif, President, Middle East and Africa at Microsoft. “The ARC will enable us to maximise the huge opportunity across the continent, whilst creating synergies across operations.”

The ATO will remain as a function reporting to Wael Elkabbany, who has been appointed to lead the new ARC subsidiary, as General Manager.

Elkabbany is a natural fit, having been MD for Microsoft’s ATO for the last 10 months, responsible for the strategy, investments and initiatives of the firm’s transformation plans for the African continent.

Prior to this role, he was Managing Director Enterprise, MEA for four years, driving strategic engagements and partnerships across the Middle East and Africa region. He also spent 11 years at BT, where he held various leadership positions including as VP for BT’s Middle East and North Africa region where he defined regional strategy, led operations and managed new market penetration.

“We have a tremendous opportunity to accelerate our business growth in the continent and also a responsibility to increase our role to help drive impact at scale, reaching millions of Africans and accelerating Africa’s digital transformation,” says Elkabbany.

Africa is next big frontier for digital transformation acceleration

The opportunities are certainly huge, with the internet-based economy across Africa on the rise. In the past decade alone, several African nations have achieved sustained growth in internet-driven GDP, in many cases doubling from 1.5% to more than 3% since 2012, according to Accenture analysis.

Some 40% of Africa’s population now have internet access, catching up with India’s current 50% penetration.

With each 10% increase, which Africa is expected to achieve in the next decade, Africa can be expected to see a 2.5% increase in GDP per capita, compared with 2% globally, according to the Google/IFC e-Conomy Africa 2020 report.