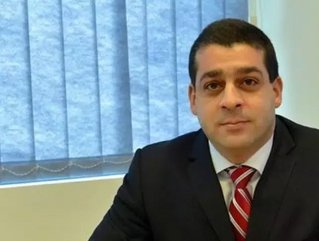 Telecoms group Ooredoo has announced the appointment of Hani ElKikhun as Chief Operating Office for its Kuwait business.

Mr. ElKukhun brings with hime a wealth of experience, including a Bachelor of Science in Computer Engineering and a proven track record in the telecom industry, both on the commercial and technical domains.

He has worked for the likes of Telus Canada, Cisco and Xerox, spending the last two years at COO at Zain Kuwait.

Sheikh Mohammed bin Abdullah bin Mohammed Al Thani, General Manager and Chief Executive Officer said: "We wish to extend a very warm welcome to Hani for joining Ooredoo in Kuwait's family. We are confident in his ability to help Ooredoo in Kuwait's continue its journey of growth, development and leadership, and we all wish him a long and prosperous career with us."

Ooredoo in Kuwait, formerly Wataniya Telecom, was commercially launched in December 1999 and provides mobile, broadband internet and corporate managed services tailored to the needs of customers and businesses.

Ooredoo Group is a leading international communications company in the Middle East, North Africa and South-East Asia. The company reported revenues of US$9.3 billion in 2013 and had a consolidated global customer base of more than 95 million people as of 31 December 2013.