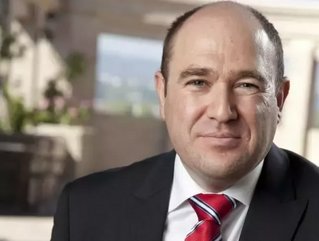 The hospitality sector in Africa’s emerging markets looks set to profit from foreign investment and an influx of foreign travellers, according to PwC’s 7th edition of the ‘Hotels Outlook: 2017-2021’ report.

Emerging markets are set to post faster growth in revenue than their counterparts in developed countries, making them integral to the expansion strategies of some of the world’s leading hotel developers.

The tourism industry continues to be one of the fastest-growing and most vibrant sectors of Africa’s economy.

In spite of recent challenges, including the fall in oil prices, change in visa regulations in South Africa and contraction of the global economy, the sector has significant potential to create jobs, uplift inclusive economic growth across the continent, and reduce poverty.

Pietro Calicchio, the Hospitality and Gaming Industry Leader for PwC Southern Africa, said the growth potential of Africa is high mainly “because of the rapid economic growth in some economies, a growing middle-class and an increase in visits from foreign visitors.

“The emerging markets are a sought-after destination for foreign investors – it is in these markets where there are continued economic growth and a need for additional infrastructure.

“In addition, governments and policy makers are introducing a range of tax incentives and other incentive schemes to foreign investors.”

Ghana is one of the major emerging markets in the African hospitality sector.

A number of internationally-branded hotels are based in Accra. As of May 2017, there were 2,723 hotels and lodges in Ghana.

There is expected to be an increase in the number of business travellers to the country as the government embarks on a number of initiatives to stimulate economic growth.

The government is also making improvements in transport infrastructure, with the construction of a third terminal at Accra’s Kotoka International Airport and allocation of funds for the repair of roads to popular tourist destinations.

In the east, Ethiopia is set to boost investment in the hospitality sector in order to generate more foreign earnings.

Government plans include expanding Ethiopian Airlines’ footprint of regional and international routes and Addis Ababa international airport is also undergoing expansion that will enable it to service 20mn passengers a year by 2019.

Mauritius and South Africa had the largest gains at 15.3% and 12.2%, respectively, each benefiting from double-digit growth in foreign overnight visitors.