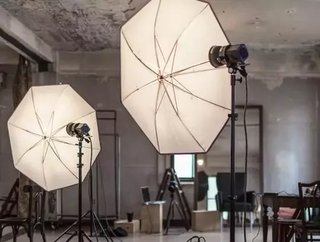 Abba T. Makama is the founder and creative director of OSIRIS Film & Entertainment. OSIRIS is a Nigerian creative group that produces strategies for digital and traditional media. Makama's latest film, Green White Green, screened at BFI Southbank’s Nollywood Weekend as part of the BLACK STAR project. We chatted to him about the growth of Africa’s creative industry, and what it’s like to be an entrepreneur in the sector.

Can you tell me about your background?

I grew up in Jos Plateau State, in the middle belt of Nigeria. In 2004, I transferred from University of Jos to State University of New York Fredonia to continue my studies in Business Management. I couldn’t connect with most of the business students and always ended up hanging out with the Art and Music students. I even took art classes that weren’t part of my course requirements.By 2007, I moved to New York City and enrolled at NYU School of Professional Studies and took a 3-month extensive course in filmmaking.

Afterwards I served as an intern at a production company for couple of months before moving back home and settling in Lagos. From 2008 to 2013, I’ve served in almost every aspect of TV and Film Production ranging from cameraman, writer, editor, production manager, assistant director, director, producer etc. There was even a time my job was delivering tapes for MTV base to all their terrestrial partners.I’ve also worked with numerous brands from Blackberry, Google, Gtbank, Etisalat, Globacom, Nigerian Breweries etc.I’ve done it all!

What were the highlights and challenges of starting your own creative business?

I wanted to be a company that was creating something of substance, something no one else was doing. I wanted everything I touched to be edgy, entertaining and enlightening.

I wanted to create a business that would generate most of its revenue through original content that could be distributed worldwide. We are making progress towards getting there. Our film Green White Green will be available on Netflix early 2017 and will also be available on a couple of international airlines.

Another challenge is also getting your work out there, which really isn’t rocket science but its tough work, you just have to go out and network. Visibility is key! I feel after so many years my name and the brand are finally getting out there and that’s because my team and I made a conscious effort to do great PR. The PR for Green White Green was so good that we didn’t even look for a sales agent; they were coming directly to us.But I think it’s important to note that first you must have a solid product above all things.

How do creative industries contribute to the African economy as a whole?

The creative industries have created so many jobs for the young people. Nollywood is one of the largest employers of labour for people under 30 in Nigeria. It is also changing the stereotypical narrative of Africa the media has perpetuated for decades. It’s not all war and famine here, you know.

Is OSIRIS influenced by any other African creative businesses? If so, can you name them?

Where do you see OSIRIS in five years’ time?

In the next couple of years OSIRIS will either have a hit TV show/film that will cross over globally. It will have both commercial and critical acclaim.