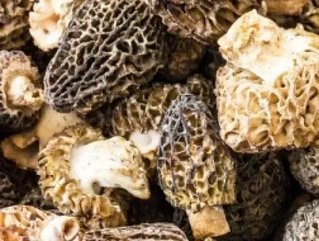 Mpumalanga plantation owner Cameron Anderson has produced what is believed to be South Africa’s first ever commercially produced truffle after nearly a decade of fastidious waiting.

Once Anderson’s specially trained weimaraner discovered the precious fungus it had to be sent to agricultural scientists to be verified and certified as authentic.

He told the Guardian newspaper: “I was elated. The future of the project was hanging by a thread at that point. It’s not assured yet but this motivates you to push a hell of a lot harder.”

This achievement after so much hard work and waiting is not only testament to Anderson and his team, but also to the viability of the future of truffle growing in South Africa.

Although the answer can only be found in coming years, this discovery raises the question: if South Africa grows its own truffle industry, how will it affect the truffle market in the long run?

Increased availability obviously has the potential to drive truffle prices down, making them less of a luxury item; there is equal chance that production still be limited and will not be sufficient to change the market too drastically.

If an industry does develop, furthermore, then the country could become a truffle hub, serving the high tastes of the rest of the continent and beyond, creating a small but significant number of jobs.

Ultimately, experts will need to see more discoveries of this type in order to make a definitive statement, but this recent growth is certainly very promising and could be the start of something sweet.