Success for DHL boss is delivering on your commitments 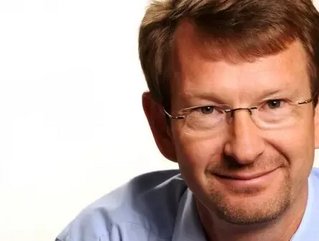 ABR: Who are you?

ABR:Tell us about your career to date?

HH: I began my career in 1990 with MNET as a Telesales operator. From there I progressed to a credit controller, then accounts payable clerk and so continued the journey until I became Finance Manager for the Africa Division.

I Left the MNET group in 1998 and joined Olivetti Lexikon, first as Finance Manager and later on became Country Manager. I thereafter joined DHL in 2001 and have held a variety of roles in the business leading up to my current role as Managing Director for DHL Express South Africa, Lesotho and Swaziland.

ABR:What influence did your parents have on your career choices?

HH: I remember my dad always working late into the nights – and that had a profound impact on my work ethic.

As far as my actual career choice was concerned, they encouraged me to do what I thought was best for me.

Coming from a small town in an era where there was very little available from a career guidance perspective there were only a couple of main stream choices ever spoken about, such as accounting, law or medicine.

So I guess my initial thoughts always found its way back to the financial arena.

ABR: Who in your career has been your biggest influence?

HH:I have had the privilege of working with and for some amazing leaders. If I have to start locally Koos Bekker, current chair of Naspers was probably the first real influence.

His vision, his conviction of this vision and the ability to execute it was extraordinary.

However, perhaps what made it real was the humility with which he did all of this and the way (and time he found) to still interact with everyone in the organisation back then.

Currently the global CEO for DHL Express, Ken Allen, continues to be an influence – for the courage he displayed in making some incredibly tough decisions and in the process turning a poor performing organisation into the world leading logistics leader it is today.

ABR:What does success mean to you?

HH:Success is about delivering on your commitments, be it in your private capacity or professional capacity.

Of course a big motivation is also achieving our organisational goals because without that one’s career will evaporate rather quickly!

ABR:What do you consider are the main ingredients for business success?

HH:  A clear and simple strategy, a motivated work force, a delighted customer base and a balanced approach between business and personal life.

ABR:What was the best piece of advice you ever received?

HH:  There are two pieces of advice I received. The first one is that one should never aim to only reach the moon because that in fact will become your glass ceiling.

If in fact you shoot for the stars instead, that will become your glass ceiling. So in short, never stop dreaming big.

The second piece of advice I received from a wise man who warned me through his own life story that one should never neglect the role of your family and the importance of spending time with them early on. As time is the one thing we never get back.

ABR:  What was the worst?

HH:  The worst was probably when a manager told me when I just started out that one should never bring your personal life to work and be sure to keep them distinctly separate. The reality is that this is neither possible nor practical.

ABR:  What do you do in your free time?

HH:  I love cycling and spend a fair amount of time out on my mountain or road bike. In fact for a Christmas present, the staff gave me a cartoonist impression of myself and there I am cycling with a cup of black coffee in hand!

ABR:  What advice would you give to young entrepreneurs?

HH:  You must have a plan because you can only measure your progress if you have something to measure it against.

Do not ever give up, there are so many stories of people that are incredibly successful today but who had to try tens if not hundreds of times over and over again. It is not about how many times we fall, but rather how many times we get up.

ABR:  What was the biggest mistake you ever made?

HH:  Firing an employee on the paintball range just when I started my career as a manager!

ABR:  What would you like your epitaph to be?

HH:  That I was the best father, husband and leader he could have been, with a passion for life, its people and its challenges!