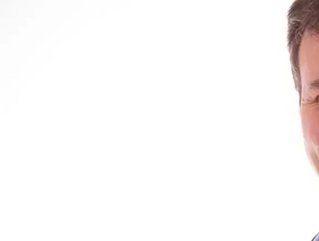 It’s been a bumpy ride for the UK energy supply as of late, facing National Grid fires and threats of winter blackouts. But UK Prime Minister Boris Johnson has handed the role of Minister of State for Energy to Greg Hands, replacing Anne-Marie Trevelyan after yesterday’s (September 16, 2021) government reshuffle.

Mr Hands assumes the role in the Department for Business, Energy, and Industrial Strategy (BEIS) ahead of the COP26 global conference being held in Glasgow later this year. As the deadline for the climate talks draws closer, responsibility for overseeing the UK’s energy and climate portfolio falls to Mr Hands.

The new energy minister boasts a variety of governmental experience, previously performing as Minister of State for Trade Policy in the Department for International Trade (DIT) from the beginning of 2020 to September 2021, and working as a Minister of State at DIT between 2016 and 2018.

“Trade was a great role, but so is Minister of State at the Department for Business, Energy, and Industrial Strategy,” Mr Hands stated on Twitter following his appointment. “Energy, clean growth, and climate change - some of the biggest challenges and opportunities for the government as we approach COP26.”

He acquires the role in place of Anne-Marie Trevelyan, who was previously responsible for managing the UK’s energy, climate change strategy, and clean growth. Trevelyan oversaw wholesale markets, carbon budgets, energy retail, and low carbon generation, ensuring the continuous and secure supply of energy throughout the UK.

In 2011, Mr Hands was appointed Treasury Whip and held the role for two years before being promoted to Deputy Chief Whip and Treasurer of Her Majesty’s Household until 2015. He then assumed the position of Chief Secretary to the Treasury under then-Chancellor of the Exchequer, George Osborne.

On the surface, it seems PM Boris Johnson is confident in his reshuffle, eager to generate a sense of public calm through this appointment considering the trials and tribulations currently facing the UK energy sector. And Mr Hands, after years of government experience, is eager to jump into the role, although time will tell whether his appointment was beneficial.