What does the new Suez expansion mean for Egypt? 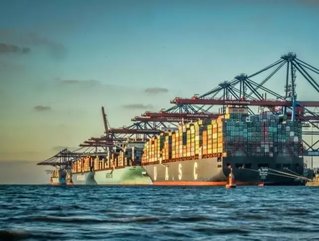 Amid much pomp and ceremony, the new extension to Egypt’s Suez Canal was unveiled by President Abdel Fattah al-Sisi, as well as Dubai’s ruler and Prime Minister Sheikh Mohammed bin Rashid Al Maktoum.

The project consists of a 35 kilometre lane running in parallel to the existing waterway, which will enable more ships to use the canal at any one time. The Suez Canal has also undergone extensive deepening, as well as a widening of the waterway by 37 kilometres of the existing canal to cut transit times while enabling easier passage for larger ships.

According to predictions from the Egyptian Government, the project will enable 97 ships per day (up from 43) by the year 2023 and will reduce southbound transit by up to 7 hours. The project raised $8.5 billion in order to be completed; Egypt says that the expanded canal will claw in $13.2 billion by 2023 (up from a current figure of $5.3 billion.)

The Suez Canal accounts for around 7 percent of world sea trade; container vessels account for over 50 percent of the canal’s tonnage. Everything from Chinese textiles and Indian Basmati Rice to German machinery or French wine passes through the Suez Canal.

However, the announced benefits of the expansion have been called into question by a number of analysts, notably Ahmed Kamaly of the American University in Cairo who told Reuters: "There was no viability study done, or known of." He also stated that the extension was constructed to have achieve political unity rather than one that will bring the benefits that have been promised.

Although the long term benefits remain to be seen, Suez Canal and Container Terminal (SCCT) has already made serious investments which strongly anticipate increased cargo traffic. Ordering another four of each of its cranes, the company has already laid down an investment of $42 million.

READ our company report on the Suez Canal and Container Terminal, with an exclusive interview with Managing Director Klaus Holm Laursen.

It is clear that the initial project has proven to boost both morale and the local economy of the rebuilding country; only time will tell if the lofty predictions made will come to fruition. Since shipping is so closely linked to world trade outcomes, the exact outcome is far from certain.