Africa is capitalising on the fourth industrial revolution 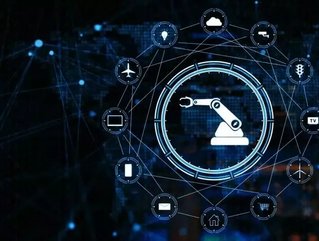 EUA Automation disucsses the ways in which Africa is capitalising on the fouth industry revolution.

The continent is ready to embrace industry 4.0, but at what cost? Jonathan Wilkins, director at automation parts supplier EU Automation, discusses.

Manufacturing s traditionally considered the main engine of economic progress, to the extent that in development theory, economic growth is associated with a shift or resources – labour and capital – from agriculture to industry.

In structural change theory, the Lewis or dual sector model, developed by Sir Arthur Lewis in 1955, posits that agriculture under-employs workers and generates only a negligible amount of marginal productivity.

To spur economic development, it is therefore necessary to transfer workers from agriculture to manufacturing, where they can generate profits that can be reinvested into a further expansion of industrialisation. This promotes the accumulation of capital, which is the base of economic expansion.

Though Lewis’s theories have been partially re-evaluated, manufacturing has historically shown its potential to foster rapid economic growth by absorbing large numbers of unemployed citizens and put them into stable positions with decent salaries.

A healthy manufacturing sector has revolutionised the economies of countries as diverse as the United States, the United Kingdom, Germany and Japan, transforming them from rural into industrial societies. More recently, manufacturing has supported the growth of emerging economies such as China, India and Brazil.

The narrative of progress through manufacturing has traditionally eluded many African countries, but things are starting to change. African manufacturers and political leaders are well aware of the potential of manufacturing to address unemployment and boost economic growth and are strongly investing in technologies for industrial automation and digitalisation.

In March 2018, 54 of the 55 African Union nations created the African Continental Free Trade Area (AfCFTA). The United Nations Economic Commission for Africa estimated that AfCFTA will boost intra-African trade by 52% by 2022, creating fertile ground for manufacturing.

Landry Signé, specialist in economy and development at Africa Growth Initiative, agrees with these positive forecasts, arguing that business-to-business spending in African manufacturing is expected to reach US$666.3bn by 2030, 30% more than in 2015.

Thanks to these encouraging figures, there are new opportunities for African countries eager to modernise their industrial sector. South Africa, Egypt and Nigeria are leading the way, outperforming their neighbours in the Global Manufacturing Competitiveness Index.

However, new players such as Ethiopia, Morocco and Rwanda are also investing in their infrastructures to reap the benefits of the Fourth Industrial Revolution. Rwanda, for example, boosts one of the most efficient healthcare systems in the continent, with high-tech companies providing advanced solutions for telemedicine and digital health.

The challenges: cybersecurity and upskilling

Though these results are promising, there is still much to be done to unlock the potential of African manufacturing.

One of the main challenges facing African manufacturers looking to digitalise their premises is cyber security. Connecting machines to the Industrial Internet of Things (IIoT) and storing sensitive data in the cloud allows manufacturers to improve productivity, for example by implementing a plan for predictive maintenance, but more digitalisation also means more chances to be the victim of cyber threats.

An example comes from South Africa. In September 2019, the country hosted the World Economic Forum on Africa, where its leaders made it clear that they were pinning their hopes on the economic potential of digitalisation.

However, only two months prior to the event a major electricity supplier in Johannesburg had been hit by a ransomware attack, depriving millions of power. The blackout emphasised the necessity to strengthen cyber security to keep up with the progression of digitalisation.

Another major challenge comes from the need to implement digitalisation while minimising its negative social consequences, such as the loss of jobs due to automation. The introduction of emerging technologies, such as collaborative robots that substitute humans in repetitive pick-and-place applications, must be accompanied by training schemes that enable factory workers to acquire new and more qualifying skills.

In this way, automated solutions can replace humans in dangerous, monotonous and repetitive jobs, while workers can be moved to more complex tasks that require decision-making and problem-solving skills.

A major obstacle to the digitalisation of African manufacturing is the status quo of the continent’s infrastructures for connectivity. Fast and reliable broadband not only enables manufacturers to connect their equipment through the Industrial Internet of Things (IIoT), but also allows them to easily communicate with their customers and business partners, regardless of where they are located.

This helps create and sustain trust among business partners, especially considering that in many African cultures, face-to-face interaction is the base of trustworthy business relations. When this is not possible, communications technology can offer a valid alternative, but only if the Internet connection is fast and reliable.

Moreover, the risk of causing unemployment as a result of implementing automation can be mitigated by modernising infrastructures for connectivity. The Internet is essential not only in the digital factory, but also in school and training facilities.

To train a highly skilled workforce and minimise the skills-gap in manufacturing, it’s essential that teachers and students have access to online resources. Yet the latest State of Broadband report reveals that only 21% of African citizens have Internet access, compared to 76 % of European citizens.

A new hope from Equiano

A new opportunity to improve the state of connectivity in Africa comes from Equiano, Google’s new subsea cable that will connect the continent with Europe. The cable is named after Olaudah Equiano, eighteenth-century abolitionist and author of the first slave narrative to become an international bestseller.

Once complete, Equiano will start from Portugal and run along the Western Coast to reach South Africa. The cable will also have branching units along the way that will allow additional African countries to benefit from improved connectivity.

The first phase of the project, connecting South Africa with Portugal, is expected to be completed in 2021 and the first branching unit is expected to land in Nigeria shortly after.

The Equiano cable, which is fully funded by Google, is a state-of-the-art infrastructure based on space-division multiplexing (SDM) technology. This means that Equiano will allow for approximately 20 times more network capacity than the last cable built to serve this region.

There is still much to be done before African manufacturing can become an engine for economic growth envisioned by Sir Lewis. However, initiatives such as the African Continental Free Trade Area and Google’s Equiano cable will likely contribute to finally unlock the full potential of African industry.