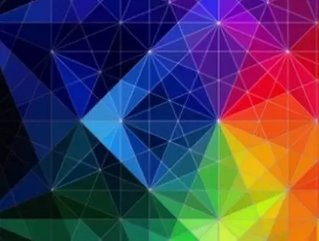 IBM PureSystems, now marking its first anniversary, is generating a groundswell of excitement across Africa, where the suites of modular and integrated products promise to simplify and cut the costs of running IT.

PureSystems solutions are based on the premise that advanced IT systems need not be complex to manage. By bringing to market hardware and applications that integrate seamlessly, PureSystems simplifies deployment and management, reducing costs and the resources necessary to run an advanced IT infrastructure. It improves IT efficiency by consolidating applications, databases and infrastructure, reducing IT complexity and therefore improving control, optimising workloads and improving performance, and accelerating applications and data analytics.

“This improved control and efficiency is particularly relevant for Africa, where smaller enterprises are burgeoning, costs must be tightly controlled and IT skills are a scarce resource”, says Bevan Lock, PureFlex Product Manager at IBM South Africa.

A recent IDC study conducted among 621 African organisations across nine countries - Algeria, Ghana, Kenya, Morocco, Nigeria, Senegal, South Africa, Tanzania, and Tunisia, noted that  IT is no longer considered merely an auxiliary business unit used to execute routine operations; it is one of the important foundations of the modern organisation.

But at the same time, IT budgets are being closely scrutinised. In African organisations, operational efficiency, cost saving, and innovation rank among the top strategic priorities for the next 12 months.

The report said: “Globally and in Africa, the traditional client/server technology architectures that have been employed over the last few decades tightly couple application and infrastructure resources and engender specialised silos and management team structures.

“This has led to heterogeneous and complex IT environments and resulted in high management overheads. For organisations in Africa that are still in a build-out phase, it is still possible to avoid the aforementioned pitfalls associated with traditional IT architectures.”

Andy Monshaw, IBM GM for PureFlex, who addressed CIO’s from South African companies and IBM business partners at a training academy held in Johannesburg recently noted:  “African companies have a firm grip of the challenges and opportunities related to the changing competitive landscape both regionally and on the continent.  Research has shown that 70 percent of IT-related budget in Africa is used as operational expenditure, now what is needed is innovation and efficiency.”

This environment positions Africa to bypass the era of the complex IT environment and move directly to the next phase of IT – the modular, consolidated and integrated set of systems; which support the move to cloud and utility computing.

“Recognising that what enterprises need from IT is changing, IBM designed PureSystems to reduce the IT risks, costs and resource needs of enterprises today. It meets the need for IT systems that support business agility, allowing them to respond quickly to a changing market environment. It reduces complexity and shortens time to market,” said Monshaw. “Across Africa, we are seeing there has been a great need for what PureSystems can deliver.”

To ensure PureSystems meets African-specific requirements, IBM has staged a workshop process in key regions, where IBMers and IBM Business Partners engaged to identify specific market areas for development. In Kenya, IBM has also opened the 42nd Innovation Centre – which allows customers to see PureSystems in practice, and makes facilities available for them to run proof of concepts. The IBM Innovations Centres in Johannesburg and Cape Town will perform similar functions.

The response has been very encouraging, Monshaw stated. “We are seeing momentum on all fronts – in our partner base, among customers and even in the product itself, as we add capability and functionality.”

PureSystems is the first IBM release in many years to cut across all areas of IBM’s business. This new class of systems is deeply integrated and packaged in a single ready-to-go system that is optimised for the workloads it will be running.  IBM PureSystems solutions align with the IBM SmartCloud strategy to accelerate the creation of private cloud environments.

Because they arebuilt on open standards, customers can make choices about how and where to run their workloads based upon their evolving business needs.  In its first year, IBM PureSystems has added around 180 vendors integrating their applications into the PureSystems family, says Lock. The year has also been marked by 350 optimised solutions from over 275 leading partners, over 2300 systems have been deployed in more than 70 countries and over 3000 companies have joined the IBM PartnerWorld MSP Program.