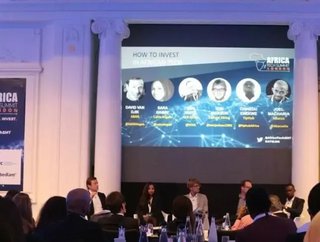 Is London joining the ranks of Lagos, Cape Town and Cairo as a major African tech hub? If yesterday was anything to go by, yes. Africa Tech Summit London (ATSLDN) welcomed 200 delegates with the purpose of driving investment and business between Africa and Europe.

Boutique hotel The Grand at Trafalgar Square welcomed various leaders of Africa’s tech industry. These include executives from Etisalat, EcoBank and BitPesa. As organiser Andrew Fassnidge mentioned, West, East and North Africa were represented by the speakers alone. Speeches and panels tackled contemporary concerns of the African tech ecosystem, such as the role of financial technology (fintech).

Fintech regulation was a hot topic among “The F Word” panellists and keynote speaker Alexia Christie. Christie, technology lawyer for Webber Wentzel, described African regulators as an entity struggling to “get it arms around the movable feast that is fintech”.

A panel on blockchain featured an engaging debate from Charlene Chen, COO at BitPesa, and Phillip Jarman, COO at BenBen. “We talk about blockchain as this transparent ledger,” Jarman said. “Transparency doesn’t work for every market…there’s a quote from an MIT professor - ‘culture eats tech for breakfast’”.

Other panels included “How to Invest in African Tech”, “Building, Launching and Monetising” and “Data is Knowledge – Knowledge is Power”.  Attendees had opportunities to ask panellists questions, and also network during periodic networking sessions.

Overall, the summit offered an accessible insight into the present state of the African technology industry, while offering ambitious solutions for its future. Discussions covered up-and-coming start-ups like Zoona, alongside big hitters like Hotel.ng. Interestingly, there was minimal discussion of Kenyan tech darling m-Pesa. “I’m pleased to hear m-Pesa doesn’t play huge role events like this,” Lanre Akinola, Editor of African Business Magazine commented. “There really is more examples”.

ATSLDN did a brilliant job of bringing together industry leaders, journalists, students, investors and various other delegates. For an event in its second year, the summit attracted significant names and developed in-depth solutions for challenges facing the industry.  We certainly hope to see ATSLDN return in 2018.