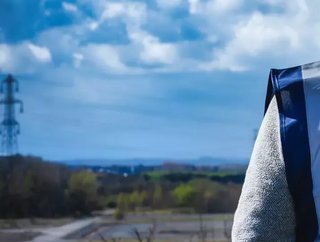 Electrifying news. Seven UK organisations—Johnson Matthey, Faraday Insititution, Britishvolt, Oxford University, the UK Battery Industrialisation Centre, Emerson & Renwick, and the University of Warwick—have signed a memorandum of understanding (MOA) to develop world-class solid-state battery technology for vehicles. They intend to harness and industrialise the knowledge of the UK’s academic institutions. And if it works, they’ll create a battery that’s cheaper and holds more charge than its lithium-ion counterparts.

This news marks a major milestone for Britishvolt as it accelerates towards a low-carbon future. Solid-state batteries (SSBs) may increase energy density significantly, which means that cars could drive further distances on one charge. ‘This could dramatically, and positively, change the world of electric vehicles’, says Dr. Allan Paterson, Chief Technology Officer at Britishvolt. ‘Britishvolt will be at the forefront of commercialising this change’.

Where Will Solid-State Tech Go?

SSBs will likely be used in consumer electronics, automotives, and unmanned aerospace before we use them to build commercial electric vehicles. For example, by 2030, SSBs will make up 7% of the global consumer electronics industry, but only 4% of the EV battery market. Yet Britishvolt and its compatriots in this consortium are looking to the future. By 2030 alone, battery makers will sell US$8bn of SSBs to EV manufacturers—and by 2040 and 2050, the market is projected to make a major impact.

Glad you asked. There are fundamental scientific roadblocks to making solid-state batteries. Basic prototypes of SSBs exist, but they’re not yet good enough to be used commercially. ‘We have yet to see solutions which are mass-manufacturable and meet performance and cost targets’, explains David Greenwood, Professor of Advanced Propulsion Systems and CEO of WMG High Value Manufacturing Catapult. This is why the consortium is trying to leverage Oxford and Warwick academic research.

In the end, this is a key objective in Britishvolt’s technology roadmap—to build homegrown intellectual property. As Minister for Investment Lord Grimstone says: ‘We’re putting the UK at the forefront of global efforts to develop innovative automotive technologies. This work will give us the tools needed to forge a strong and sustainable future’.