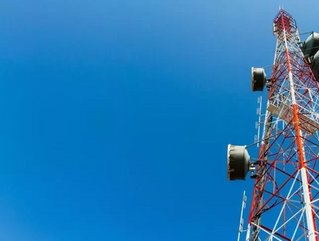 Following the news that Members of the European Parliament have voted in favour of eradicating mobile roaming charges for subscribers across Europe, the telecoms industry braces itself for a new era in international communications.

Since the EU began the introduction of legislation to reduce roaming costs in 2007, the mobile industry landscape has changed completely, from one dominated by voice and messaging to an ecosystem revolving around data usage. This evolution has also had a profound impact on the demand for roaming services, with reliance on data usage leading to demand for constant connectivity.

This has been nourished by the ease of accessibility offered by smartphones and roaming bundles offered by major operators in most major European markets – many of which offer LTE roaming while abroad. The quality and speed of data connectivity is a vital element in encouraging growth. In some markets such as the UK, where all major service providers offer LTE, operators are now offering domestic upgrades from 3G at no extra charge. And it’s no surprise that consumers expect the same level of service while outside of their home market.

How will the EU roaming regulations impact this? Not that significantly.

Many of the operator bundles already in place are priced to encourage usage at the same level when business and consumer customers leave the country. Those paying standard roaming tariffs are likely to be encouraged to increase the amount of data used while abroad, carrying a margin for both the visiting and subscriber networks.

Although service providers are now relying on a decreased margin per unit, ARPU is actually likely to sustain due to the explosion in traffic volumes. This is in addition to an anticipated decrease in ‘silent roamers’ – subscribers who turn off cellular services when they are outside of their home country.

The availability of high-speed roaming services and price reductions seen in recent years have already caused a dramatic increase in data roaming volumes, further lowering the cost will cause an even more drastic rise.

The European summer holiday season sees an annual rise in roaming traffic from holiday-makers venturing further afield, armed with their mobile devices. Since 2014, double-digit monthly growth in LTE roaming traffic has been experienced by carriers worldwide, illustrating this increased demand from for high-speed data is prevalent all over the world.

Nearly all consumers in developed markets across the globe now have access to domestic LTE, and with this widespread availability comes the expectation and demand for similar data speeds when users travel abroad – just like we have seen in Europe.

Many forward-thinking operators have already arranged new LTE roaming agreements and the relevant technical interconnections to make this a reality for their subscribers, and are reaping the rewards through both revenues and loyalty.

Opening up the roaming market

Outside of traditional operators, the new legislation also provides great potential to usher in a new era of innovation from new parties in the mobile ecosystem. We are likely to witness the launch of new “roaming only” pan-EU MVNOs, largely focused on the machine-to-machine and data-centric market, which are predicted to be a huge market driver in the coming years. This dynamic new marketplace will further fuel the profitability of roaming services and stimulate cross-border data usage.

Reduced costs also open up the international market to app-based OTT players and small virtual mobile operators (which use a host network to operate in their home country to appeal to niche markets) to begin to provide their subscribers with cross-border services.

As these new players are introduced to the ecosystem, traditional operators will need to collaborate with them to ensure ubiquitous services are offered to all subscribers. The end result is a truly connected continent, where new entrants and competitive incumbents both work to increase mobile usage and ensure complete customer satisfaction.

With LTE providing the backbone for the next generation of communications, this can become a reality and eradicate those who chose to ‘silently roam’ on cost grounds. This boost in roaming traffic will offset the loss operators will initially feel once the ban is set in June 2017 and over the next two years, it is up to operators to capitalise on monetising data roaming where they can, and then once the new cost structure is in place, it will be the subscribers turn to thrive and roam.