How technology has changed in the last four years 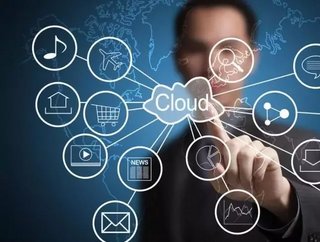 2016 is a Leap Year – but do you remember what you were doing on 29 February four years ago? Were you using the same technology you are now? Were you and your business facing the same challenges you are now in terms of connectivity and security, or have new ones arisen? We have gathered insight from industry experts on what they were doing in the cybersecurity space on the last Leap Year and how this has changed in the last four years…

Luke Brown, VP and GM of EMEA, India and Latam at Digital Guardian:

“In 2012 backdoor exploitation had emerged as the hot new threat on the block. In response to the growing cyber threat, companies upped their total spend on network security. According to a recent study on data security, network security spend increased to 43% in 2012, with more than a fifth (21 percent) of budgets going to database security, 13 percent to endpoint security/anti-virus, 8% to identity management – but just 1 percent was dedicated to data protection.

Today, organisations still only allocate that same 1 percent of their network security budget on data protection. After four years of substantial data breaches, organisations need to turn their current cyber security strategy around. Until corporations evolve their security methodologies by focusing on data protection technologies, rather than network security and traditional anti-virus, data will continue to be at risk.”

“The global security talent shortage is by far one of the biggest challenges we face today, relative to four years ago.  Concerns about cyber security continue to grow, but companies are increasingly playing catch up in their attempt to counter ever more sophisticated criminals.

A survey of UK cyber security employers last year by the SANS Institute found that 90 percent had experienced difficulties filling positions.  In contrast, QA’s own research found that 70 per cent of those interviewed said they planned to hire cyber security skilled professionals in 2016.  But, where will these skilled professionals come from?  Everyone is struggling to fill cyber security posts on their team and one organisation’s gain will become another organisation’s loss.

It’s a big problem to fix.  QA research also reveals that 40 per cent of organisations surveyed said they didn’t feel confident they had the right balance of cyber skills in their organisation to protect it from threats in 2016.  There is no quick fix.  It will be a four to eight year cycle to close the gap, according to Cisco.

It’s not all doom and gloom though.  The good news is that there is a growing acknowledgement that by training and cross-skilling existing specialist staff, companies can begin to address the skills gap.  As an industry, let’s aim to ensure the cyber skills gap is well and truly closed well ahead of 2020, the next Leap Year.”

“On 25 January 2012, the European Commission released its first proposal for a new Europe-wide data protection regulation. Designed to address the changing way people and businesses operate in the modern world, the regulation would tackle issues around personal data on social networking sites and data stored and transferred in the Cloud.

Fast-forward four years and the General Data Protection Regulation (GDPR) has been finalised and will now come into force. It will impact both European companies and non-European companies that trade or store data inside Europe. The GDPR marks a big step forward – the introduction of penalties of up to 4% of global annual turnover and the obligation to report data leaks are sure to have a significant impact on the way companies approach data protection.

So, if you haven’t already done so, now is the best time to start preparing your business for the implementation of GDPR. By reviewing the way your company collects, stores and shares data with the new regulation in mind, you will be able to ensure your ongoing compliance and avoid fines and reputational damage in the future.”