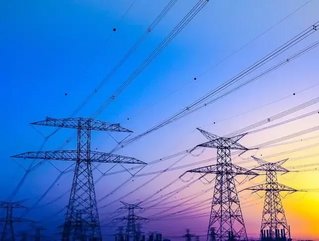 Iran can transition to a fully renewable electricity system and financially benefit from it by 2030, according to a recent report.

Researchers at Lappeenranta University of Technology (LUT) have revealed that major oil-producing countries in the Middle East and North Africa (MENA) region could eventually turn their abundant renewable energy resources into lucrative business opportunities in less than two decades.

According to the study, a fully renewable electricity system (100 percent RE) is roughly 50-60 percent cheaper than other emission-free energy options for the MENA region.

To put that into perspective, new nuclear power costs around 110 euros per megawatt hour

Transforming the electricity system fully to renewables for Iran requires 49 gigawatts of solar photovoltaics, 77 gigawatts of wind power and 21 gigawatts of hydropower. Most of the hydropower already exists, but the solar and wind capacities would require new investments. Wind power can be installed in many parts of the country and solar systems in all parts of Iran for an attractive cost. Both technologies can be easily added to the existing energy infrastructure, which is mainly based on flexible fossil natural gas fired power plants plus hydropower.

The scientists also prepared a renewable oil refining scenario in which fossil fuels are replaced by synthetically produced from carbon dioxide, water and electricity. With this so-called power-to-fuel technology, 100% renewable system can still use carbon fuels and chemicals for aviation, materials and medicine. These are the most difficult sectors to decarbonise because batteries are too heavy for powering airplanes and carbon atom is needed in plastics and various chemicals such as solvents and medicine.

"The picture that emerges from that study is that the fossil fuel industry can transform its business to meet the COP21 target of a net zero emission energy system. This requires fundamental change in how we think carbon, but it could potentially open major new business opportunities," says Breyer.