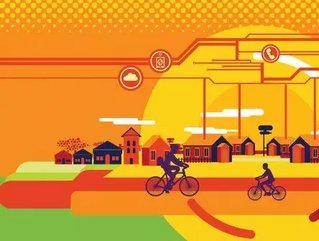 Microsoft has announced new TV white space partnerships and projects on four continents, including its newest partnership with SpectraLink Wireless and Facebook to provide low-cost wireless connectivity to students and faculty at universities in Koforidua, Ghana.

The announcement was made at the Dynamic Spectrum Alliance Global Summit in Accra and means that Microsoft is now involved in white spaces pilots in 10 countries.

TV white spaces, the unused portions of wireless spectrum in the frequency bands generally set aside for television transmissions, can be utilised for a range of applications including: Providing low-cost connectivity; Connecting rural areas to broadband; Improving in-building wireless networks; Creating hotspots for Internet access; and Offloading mobile traffic.

This pilot is part of Microsoft’s 4Afrika Initiative to help improve the continent’s global competitiveness.

A core goal of the 4Afrika Initiative is to facilitate access to technology for the masses and to empower African students, entrepreneurs, developers, and others to become even more active global citizens.

For students and faculty at the universities, access to the network will be coupled with productivity and communications applications as well as Internet-enabled devices.

The networks will use TV white space-enabled radios and other wireless technologies to connect campus buildings, as well as off-campus hostels where students live, to ensure they have access to fast broadband.

The project is operating under a TV white space pilot license granted by the Ghana National Communications Authority and is the only TV white space license currently issued in West Africa.

Facebook’s main involvement in the project will be to collaborate with Microsoft and SpectraLink Wireless on joint technology research to better understand how TV white space spectrum and equipment can support wireless Internet users today.

These efforts will be led by Facebook’s Connectivity Lab team who are working on new technologies to support Internet.org’s mission to make internet access available to the two thirds of the world not yet connected.

Facebook, Microsoft, and SpectraLink Wireless have a like-minded view that a more abundant supply and flexible use of spectrum are important aspects to affordably connect more people to the Internet, and the companies plan to collaborate on the policy front.

All three companies involved in this pilot project are also members of the Dynamic Spectrum Alliance — a global, cross-industry alliance focused on increasing dynamic access to unused radio frequencies.

Paul Garnett, Director in Microsoft’s Technology Policy Group, said: “TV white spaces technology when combined with other low-cost wireless technologies, such as Wi-Fi, offers a substantial opportunity for businesses, consumers and governments around the world to improve the economics of broadband network deployment and service delivery.

“Through these projects worldwide, we are working with local private and public sector partners to enable new consumer experiences, while encouraging governments to make needed legal and regulatory changes to allow this technology to be deployed more broadly.”

John Sarpong, Chief Executive Officer of SpectraLink Wireless, said:  “This project will provide substantial benefit to students and faculty at the universities.

“Until now, students at these universities have not had consistent access to fast broadband, which is key to students’ ability to access information and learning resources online and compete in the 21st century economy.”

Microsoft’s other white space projects are happening in Asia, Latin America and the UK.