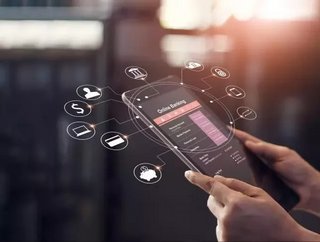 The African mobile economy is surging. While the rest of the world was heading blindly towards an imminent economic crash in 2007, the genesis of the mobile economy began in Kenya. Mobile payments revolutionised not only how Kenyans paid for goods and services, but also how they transferred money to each other.

Since then, the mobile economy has blossomed into a genuine financial service, the scope of which extends far beyond just transferring money and purchasing. More than just a payments system, boasting of an impressive range of capabilities, the mobile economy is a booming area of innovation with new products continually being introduced. Kenya remains the crucible for development in this area, with other countries following its lead and placing it in a preeminent position within the mobile economy.

The mobile economy first emerged in Kenya from proxy money transferrals through airtime credit, originating with Safaricom service M-Pesa. With the ability to send minutes and texts to each other via mobile phones, people began to pay for things without ever handling physical, or even digital, fiat currency. Now, phones can be used to transfer currency to virtual accounts, which are independent of banks and other financial institutions.

Mobile payments were quickly incorporated into business transactions, and for small to medium enterprises (SMEs), these became the main money transfer method. A key benefit of mobile payments is that people don’t need to have a formal bank account to both send and receive funds, making the financial system more accessible by small businesses and those who had previously been unable to engage with incumbent institutions.

The capabilities of mobile money go beyond just transferring funds; with a range of extra services available, people can purchase just about anything through their phone. They can purchase airline tickets, open savings accounts, trade in government bonds and sovereign debt, take out insurance policies, and use money management services, to name just a few of the capabilities on offer.

The success of the mobile economy, and of M-Pesa in particular, has been nothing short of extraordinary, in large part thanks to the sheer convenience of the system and the solution it brings to the accessibility problem that had plagued the African financial system.

Long distances and densely clustered physical banking infrastructure in urban areas mean that getting to a bank is incredibly challenging, with people living 15 kilometres from a branch on average. In contrast, most Africans are never more than 200 metres from M-Pesa agents, who are quite visible and easily accessible.

Mobile accounts also come without the prohibitive and penal charges associated with holding a bank account in Africa. High fees are a barrier to participation in the financial system, but there are none attached to mobile payment accounts.

The extra services available are an additional and crucial reason why the mobile economy is outperforming traditional banks who are finding it increasingly difficult to catch up. For example, it’s incredibly difficult to secure a loan through conventional means as most people have limited ability to provide collateral, and many are without consumer rating data.

With mobile accounts, though, M-Pesa and Safaricom have access to data; this means they can generate the information needed to offer a loan. Hundreds of micro-loans are given out every day; in fact, the small amounts that most people need to borrow aren’t available in the conventional system, filling another gap in the market.

Person-to-person lending is also an important feature, which gives people access to more widely distributed and resilient networks that can provide emergency funds in the event of floods or natural disaster, for example. Prior to this, it was very difficult to get access to funds outside of your immediate network. Business resilience has increased; this demonstrates how mobile payments are influencing the increase in Kenyans’ wealth.

Perhaps the biggest success of mobile payments, though, comes in how they have revolutionised the way money moves in the African economy. Before M-Pesa, small businesses were sending physical cash via a bus or taxi to pay money to suppliers in big cities, in neither efficient nor safe transactions. Undoubtedly, it’s at the lower levels of the economy that the biggest impact has been seen. In fact, 87% of Kenyans now have a mobile account, meaning that they are now able to transfer funds with incredible ease.

Safaricom’s M-Pesa is the largest player in the market by some distance, with 26 million users compared with the next biggest rival Air Term, which has four million customers. As Safaricom also owns the majority of Kenya’s mobile infrastructure, it enjoys an almost total monopoly over the mobile payments space.

Underpinning this dominance is its significant strategic importance to the Kenyan economy. The Kenyan government is a shareholder in Safaricom and therefore has an interest in ensuring its success, as it benefits in several ways. The state brings in significant revenues through tax and share dividends, for example, and also has access to vast amounts of information about its citizens that is then used by the Central Bank of Africa.

M-Pesa also brings people who had previously been unable to participate into the economy with their physical cash; this ensures they’re no longer susceptible to risks posed by criminal activities that are a critical challenge for Kenyan business owners. As a result, ordinary and less well-off people now have much more opportunity, which is not only a social good, but also a chance for the government to collect more revenue through taxes.

Given the Kenyan government’s interest in the success of M-Pesa, together with its revolutionary impact on the economy, the success of Kenyan mobile payments is set to continue apace, with the rest of the continent likely to follow.

That being said, there are undoubtedly areas in which services will improve in the near future. The process for sending money is currently quite inefficient and clumsy, with several steps required just to complete a simple transaction. Increased speed combined with a more user-friendly experience will likely lead to an even more dominant presence for mobile payment providers. Competitors are also likely to emerge as banks attempt to work their way into the market, bringing with them new platforms and services.

Whatever happens in the future, mobile payments have already significantly altered both the African economy and African society, with Kenya leading the way. People previously barred from the financial system now have access, changing both their personal and business lives. As technology continues to develop, barriers will continue to be broken down and mobile payments will become even more seamless. Cashless societies are developing all over the world; the African mobile economy is leading the way.