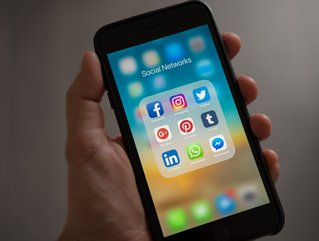 An incredible 57.6 per cent of the world's population uses social media, with the average daily usage totalling two hours and 27 minutes. That is 4.62 billion people around the world now using social media, with 424 million new users having come online within the last 12 months, according to the latest research from Hootsuite.

This creates a massive digital footprint and an unfathomable amount of data, making it impossible for those on the cybersecurity frontlines to gather any useful intelligence manually, especially from unstructured data such as text files and documents, server, website and application logs, sensor data, images, video, audio, emails and social media data.

Amsterdam-based software developer, Social Links, speaks to AI Magazine about the wide world of OSINT and how its bringing user-friendliness and cost savings to its clients.

Since 2015, Social Links has partnered with law enforcement agencies from over 50 countries across the globe. The award-winning OSINT pioneers also work with corporate clients from the S&P 500.

What is OSINT and where did it come from?

Considered by many to be one of the founding fathers of OSINT, William Donovan, the son of Irish immigrant parents, was born in Upstate New York in 1883.

Counting Franklin D. Roosevelt among his classmates at school, Donovan fought in World War I and became an internationally successful Lawyer who worked closely with the US Government. Donovan’s connection to Roosevelt would lead to the dawn of intelligence agencies in the United States.

In 1941, Donovan took the post of ‘Coordinator of Information’ and after Pearl Harbor, his department became known as the Office of Strategic Services (which would become the CIA). Similar to its British counterparts, the Special Operations Executive, the OSS became involved in global operations and would spawn the Research and Analysis (R&A) branch, who played a vital role in intelligence gathering on Axis Powers during World War 2.

R&A would go on to form the Bureau of Intelligence and Research (INR) that exists today and reports into the United States Department of State.

Post World War 2 and through the Cold War years, intelligence gathering would fade into the background for many countries, but then in 2009, a ‘Green Revolution’ in Iran would flood Twitter with political posts, with 60% of blog links referring to the protests.

This phenomenon would explode internet usage in Iran. In 2020, internet usage figures were at 84.1% of total population, compared to 15.9% in 2010. Suddenly, citizens (and businesses) were sitting up and realising how much information could be mined from freely available open sources.

Open Source Intelligence is the targeted collection, processing and analysis of public (open source) data to gain insights, drive decision-making, and mitigate risks. It uses technology and investigatory techniques to overcome challenges associated with the vast size of public data and home in on relevant information.

The trouble with intelligence gathering

According to former Google CEO Eric Shmidt, over 99% of internet data is hidden from common search engines. Manually searching through this quantity of information is highly inefficient and often impossible.

Traditionally, such investigations were carried out manually in a painstaking and time-consuming process, which additionally called for access to restricted departmental databases.

Such considerations drive the Social Links focus on developing progressive and useful solutions for a wide range of specialists, simplifying daily manual work by automating large parts of the process with AI/ML technologies, and elevating information analysis to modern standards of accuracy, convenience and processing speeds. Data can be extracted accurately and completely from many sources, from social media to the network environment.

“We are restoring trust in data for a more open and safer world. The new era of cyber security is OSINT. The number of incidents is increasing and is leaving behind digital footprints. Don't track them manually - use OSINT and automate".

The Amsterdam-based software developers use the power of AI to assemble massive volumes of data and deep insights from more than 500 open sources in social media, messengers, blockchain, and the darknet.

Their patented platforms provide a user-friendly holistic visualisation of this data, helping to guide business decision making and conduct investigations.

Cybercrime is generating ever more elaborate means and methods for extorting money or information from users, requiring relevant authorities to keep pace in the tracking and elimination of threats.

Corporate security is becoming more challenging as external threats are using every means available to infiltrate company networks and obtain confidential information, making the task of relevant units more daunting than ever.

Social Links provides corporate security units with the instruments they need to effectively identify and eliminate threats to corporate networks by tapping into open source data and uncovering vital clues or links to potential threats.

Threat actors are operating across an ever-expanding network of darknets among other online forums and channels, always one step ahead of traditional law enforcement.

See the possibilities for your organisation

The fact is: many of your competitors will be using or planning to use OSINT software already. And so are the potential threat actors who could damage your business.

Investigations are totally private and anonymous and user’s searches cannot be seen by anyone but the users themselves. The system is built so that even the business cannot know what users are looking for.

To see how Social Links can benefit your organisation, book a demo.