South Africa Prepares For the Next Evolution in the Telecoms Landscape 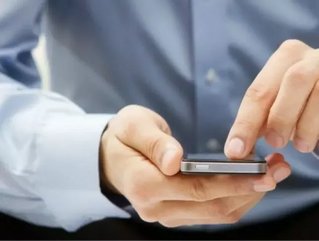 South Africa’s telecoms landscape has traditionally lagged behind that of the Western world for a number of reasons, not least of which has been a lack of infrastructure. However, in the past few years there has been significant investment into this area, with several undersea cables being landed and a terrestrial fibre backbone being laid, not to mention improved mobile coverage.

As the market has become increasingly saturated, we have also seen increased momentum in terms of mergers and acquisitions between the various local fixed line and mobile operators. These factors combine to indicate that change is coming to the local telecoms market, as increased competition, reduced cost of services and changing business models pave the way for new services, new solutions and more pervasive communication to connect more users, more affordably.

The foundation for the evolution of the South African telecoms landscape is international connectivity. With the SEACOM, EASSY and WACS cables now in place, linking the country with the rest of the world and helping to drive down the cost of broadband, the telecoms landscape has opened up dramatically.

This has also been assisted by the launch of terrestrial fibre providers such as Fibreco in 2013. This network connects the major cities of South Africa with an independently owned open access terrestrial backhaul network, providing businesses with greater choice and flexibility when it comes to broadband fibre connectivity.

Along its path, it also connects smaller cities and towns to national infrastructure. In addition, satellite providers are offering more affordable rates than ever, which enables even the most remote of users to join the connected world.

Mobile connectivity, already widespread in South Africa, is seeing a boost with the rollout of 4G or LTE coverage, and wireless local loop access as well as other mobile broadband infrastructure are enabling service providers to gain easier access to customers at the last mile.

What this all boils down to is more pervasive access to connectivity, which in turn results in greater access to services, better communication links, enhanced interconnects between different operators and service providers, and the beginnings of a bridge in the ever-present digital divide. With the emergence of new service providers has come greater innovation, resulting in increased competition, which in turn drives down pricing.

As the market reaches saturation, particularly in the mobile space, another trend has also emerged; reduced growth and increased subscriber churn. The mobile voice market has effectively reached maximum penetration, which means that instead of gaining new subscribers, service providers are accessing users who are constantly seeking a better deal and greater value.

Reduced interconnection rates have helped to drive traffic volumes and make services more cost effective for the end user, but have also further squeezed the already tight margins of the service providers.

This, along with other factors such as the cost of new infrastructure, the commoditisation of voice and data services, and limited available spectrum, is driving market consolidation. Across both the fixed line and mobile markets, service providers are looking to collaborate in order to drive greater efficiency and profitability while offering more effective services to a wider audience.

The impact of the impending mergers in the telecoms space is yet to be felt, as the deals and conditions have not been finalised, but this move will without doubt have ripple effects across the entire market, for service providers and customers alike.

The impact of these changes may not become evident for another year or more, but change is certainly on its way, which will offer direct benefit to South African citizens as well as having a positive effect on economic growth.

Reducing the cost to communication and ensuring access to communication technology for all is critical in stimulating a stagnant local economy. Improving penetration of services will help to further drive down the cost of connectivity, which in turn requires a new approach – sharing infrastructure to improve services in a cost effective manner.

In addition, creating greater competition is essential, as this is the basis for a dynamic market where service providers are constantly innovating with services and solutions that better meet the changing need of consumers.