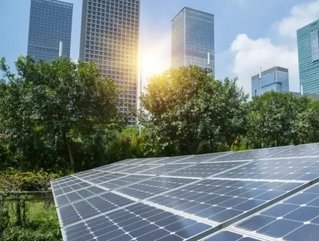 A consortium headed by SENER and ACCIONA are working together alongside GDF Suez to develop the turnkey project of the proposed solar thermal plant in the South African village of Kathu. The project has been selected by the South African Department of Energy (DOE) to form part of the country’s renewable energy development program (REIPPP).

With an estimated investment of more than EUR 500 million, the plant will use SENERtrough -2 parabolic trough systems and will have a thermal energy storage capacity of roughly 4 hours due to the inclusion of molten salts. Local suppliers will be used during the construction of the plant in order to stimulate the local economy.

The solar plant, once completed in 2018, will generate 100 MW of energy, which is sufficient to supply electricity to up to 80,000 homes, based on averages for South African consumption levels.  This is the second such project that the consortium has undertaken, the first being the Upington plant in Bokpoort, which comes online later this year.

SENER has previously been involved in nearly 30 solar plants, in Spain, the USA, South Africa, and Morocco, which totals an installed capacity of more than 2,000 MWe and annual CO2 savings of more than one million tons

ACCIONA is one of the world’s biggest renewable energy operators; it owns an installed capacity of 8,500 MW and is a turnkey provider of electricity generating facilities that use wind, solar and photovoltaic technology.

South Africa is currently facing major energy problems as its state-operated energy provider ESKOM performs large scale maintenance and instigates massive power outages through load-shedding. It is becoming increasingly clear that renewable energy is not only essential for governments looking to clean up their carbon footprint, but also if the regime is to maintain an economical, sustainable power supply.