Tablet Computers: 6 Alternatives to the iPad 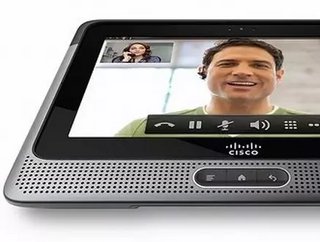 In April 2010 Apple revealed the much anticipated iPad, the first of what would later become the prototype to internet tablets over international waters. Since then, competitors have been working on improving the gadget with a few notable distributors in the US, Columbia, China and the UK. While Dozens have appeared on the international market, but only a few can hold their head up high and display the best tablet computer around.

The Galaxy Tab is probably the most well known alternative to the iPad. Samsung releases its Android option in Europe in late September with the rest of the world to follow. In today’s demanding lifestyle, the Samsung Galaxy Tab works much like it should – combining the skills of both a PC and a Smartphone including e-mail updates, phone conferences and video chats available from anywhere with Wi-Fi, a 3G network and Bluetooth 3.0. Unique to Galaxy is the Samsung e-reading application Readers Hub and an imaginative collaboration between DivX, Inc., which enables video playback. The seven inch makes video conferences or just a chat with Grandma straight-forward.

Brand loyalty is everything in the tech industry. Dell users won’t have to look far to check out an internet tablet developed from a source they know and trust. Months of speculation has finally led to the summer launch of the Dell Streak, initially found exclusively on O2 in the UK and elsewhere in the near future. The pocket-sized compatible touch screen computer features a full screen with complete Smartphone coverage that Business Review USA hailed back in April as the ultimate “Oversized Smartphone.” The flashy standout isn’t its five inch diameter but Qualcomm’s Snapdragon solution with 1GHz processor. Priced reasonably low with a two-year AT&T contract –nearly doubling in price without – the Streak isn’t necessarily a phone but an undersized computer.

Brand slaves might try to stay true to the omnipresent Apple, but when Archos presented its series of Android tablets one month before the iPad, it featured a host of functions noticeably absent from the Apple service. Industry experts can’t stop talking about all of the Archos Android tablets, but the 7 stands out in particular for its distinct attributes. From a front facing camera, built in USB connection and seven hours of battery life all included in the initial round of distributions, it embodies Android tablet specifics. In a hefty group servicing the Android market, the Archos 7 offers personalized Android apps, 8 GB flash memory, Flash 10 support for full web browsing and an ARM 9 processor at 600 MHz.

It’s all business at Cisco and the same can be said about the Cius tablet, a commercial tool that works with hyperactive businessmen and women. In an attempt to turn the entertainment tablet into a more comprehensive tool for industry executives, the Cisco Cius created a platform for Cisco businesses that allows the office to go anywhere with a Wi-Fi connection. Video conferencing remains what makes the Cius great, while the one pound gadget also includes HD video and e-mail with a 3G service. It might not be as exciting to walk around the office with a Cius, but if you want to get the job done this is your tool.

As if most of these tablets aren’t coveted to begin with, Notion Ink’s Adam has a certain prestige. That might be because for upwards of a year its arrival has been at a standstill due to investments and platform issues. Updates have revealed that during the final quarter of 2010 Adam will materialize. Adam is already a step up from the iPad. The real gem is the GPS system, but with Wi-Fi b/g/n, a rotating camera, OS upgrades and a mini-USB port, there is more than meets the eye. Adam will complete its takeover with the original content market hailed Genesis, which features various entertainment applications users require for a computer, and desire for a phone.

It might be an unknown imprint but that doesn’t mean Augen can’t pull out an exceptional alternative to the all-too-familiar iPad. Built with similar characteristics to the popular Apple, the device is most noticeably of US origin and for sale at retail chains -including Kmart - as well as online. With a price well below most, the simplicity of this Android tablet justifies its lower price point. Finding a suitable handheld touch screen item on Blue Light Special is noteworthy even if in August Google Inc. released a statement announcing the removal of the suite of Google Mobile Services apps already installed on first shipments.

To say the least, the internet tablet is here to stay. Whether that means Apple will come out on top is up to you.