Telecom Ministries of Somalia and Djibouti agree on cooperation 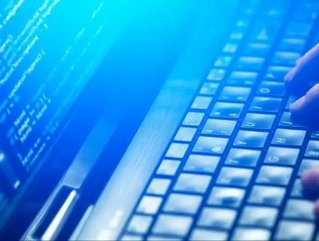 The Ministers of Posts and Telecommunications of Somalia and Djibouti, H.E. Abdi Ashur Hassan and H.E. Abdi Youssouf Sougueh, have issued a joint statement on a four-day official visit of the Somalian Minister to Djibouti.

The main purpose of the Minister and his delegation's four-day visit was to strengthen the bilateral cooperation between the two countries in the areas of post and telecommunications.

In relation to the submarine cable cut near Mogadishu landing station that severed international connectivity to a large geographic area in Somalia, the two ministries recognised the need for at least an additional submarine optical cable connection to Somalia.

The East African Submarine System (EASSy) cable, which provides service to the area, was cut by the anchor of a passing ship.

The government of Somalia estimated that the impact of the submarine cable cut was US$10mn per day and detained the MSC Alice, the cargo vessel that reportedly caused the damage.

The two ministries agreed in principle to renew and move forward with the discussions with the Somali and Djibouti governments and Somali telecommunication carriers and Djibouti Telecom on the Djibouti African Regional Express (DARE) cable, which will connect Djibouti and Mombasa with many landing stations in Somalia.

The ministries agreed to promote and strengthen the cooperation between the ministries in number of areas, such as: regional interconnectivity, terrestrial optical fibre, cyber security, ICT regulations, cross border signals issues, spectrum management and numbering plan.

Hassan advised that the recent submarine cable cut has proven that the recovering economy of Somalia urgently needs another cable for redundancy.

“To act proactively we need to move forward with the discussions of another cable. And Djibouti is a good partner in this regard because eight submarine fibre optic cables land in Djibouti," added Hassan.