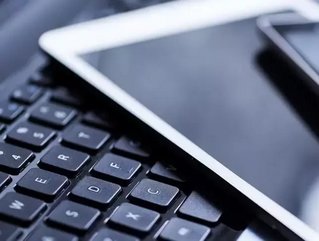 Technology is going to be a major driver in the UK’s effort to rebuild productivity and boost growth, according to Robert Half Technology, which has produced the following predictions for the trends affecting technology professionals in 2016.

1.       Top professional roles receiving pay rises will be in IT

The growing demand for businesses to be offering anytime anywhere access seeing an increase in digital transformation projects across all sectors. Gartner’s predictions for 10 Strategic Technology Trends for 2016, which highlighted the emergence of the ‘digital mesh’, an expanding set of endpoints including mobile devices, wearable, consumer and home electronic devices, automotive devices and sensors.  IT professionals who can help organisations understand the potential of mobile connectivity and innovation will be in huge demand and skills are already in short supply.

3.       Requirements for IT security skills will continue to evolve

Gartner also pointed to the requirement for an ‘adaptive security architecture’ which will mean less reliance on perimeter defence and rule-based security and more on application self-protection, as well as user and entity behaviour analytics.  Keeping up to date with these changes in approach will be vital if companies are to fight off the ever-increasing prevalence of cyber-attacks.

Key drivers behind the substantial salary rises predicted for technology roles of 7% plus include the need to introduce innovation to drive growth and productivity, as well as the burgeoning technology sector itself, which is recognised as a key area to deliver future growth for the UK economy.

5.       Finding and keeping talent is top of the agenda for CIOs

According to the 2016 Tech Nation report the UK’s digital economy grew 32 percent faster than the rest of the economy between 2011 and 2014 and already accounts for 1.56 million jobs across the UK. As a result attracting and retaining talented technology professionals will be a key priority for CIOs this year and it will be important to benchmark salary levels and benefits packages.  Recognising that motivation for IT professionals is not always related to salary is also vital: exciting projects, opportunity for innovation, flexible working and new technologies to work with are also plus points.