What bad security habits do we need to give up in 2016? 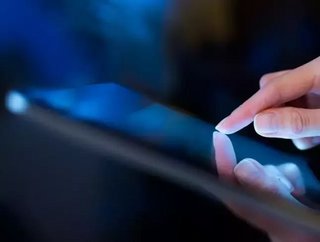 2015 played host to some significant cyber breaches. Experian, TalkTalk and Ashley Madison all fell foul of malicious attacks, and they weren’t the only ones. In 2016, businesses need to resolve to do better – but the question is, how? What bad security habits need to be given up to ensure a safer, more secure experience next year? What lengths could, and indeed should, have businesses gone to last year in order to prevent some of the data breaches that occurred?

Industry experts elaborate on what they believe needs to be done better in 2016, and how to leave those bad habits behind.

"2016 is the year companies must resolve to get better at web security. A lot better. Let’s look at just one of the past year’s major breaches — TalkTalk. TalkTalk, a major UK telecoms operation, was arguably one of the most widely reported breaches of the year with reputable media reports suggesting the attack was carried out through SQL injection. SQLi gives a remote attacker the ability to run commands against the backend database, including potentially stealing all the data contained in it. This sounds bad because it is.

The more we learn about incidents like TalkTalk, the more we see that these breaches are preventable. We know how to write code that’s attack-resilient and we know multiple methods for fixing vulnerabilities and defending against incoming attacks. All it takes to stop these breaches from happening is doing the things we already know how to do. Doing the things we already know work. Let’s make 2016 the year we take web security seriously."

"Xirrus recently polled Wi-Fi users and found that 76 percent connect to Wi-Fi outside of their home. Public Wi-Fi offers the convenience of accessibility, but typically doesn’t encrypt data, which leaves passwords exposed and sensitive data vulnerable to the possibility of capture by those with malicious intentions.

It’s bad enough worrying that while sipping a latte, cyber criminals might be trying to steal your credit card data and bank account numbers, but even more daunting to know that corporate espionage is on the rise. Hotel Wi-Fi networks, which are notoriously easy to breach, offer hackers little challenge when it comes to intercepting private or classified information accessed by executives who stay in hotels on business. Now more than ever, large and small enterprises—from coffee houses to airports and hotels—must upgrade their networks to provide better security for their customers."

"All IT Security experts should try to give up ‘SEP’ – the concept of ‘Somebody Else’s Problem’. As The Hitchhiker's Guide to the Galaxy’s Ford Prefect described it: “An SEP is something we can't see, or don't see, or our brain doesn't let us see, because we think that it's somebody else's problem.”

SEP behaviour exists right across the IT security community because we’ve often been treated as nerds, techies and obstacles to business.

If the business IT team move some web applications into the cloud without telling the IT security team, then – despite it being business IT’s problem – we know that the apps no longer have the protection of a proper firewall/WAF and we should really help resolve it. Likewise, we can’t continue to say 'Cool, no attacks coming!' whenever the internet goes down.

A good New Year’s Resolution would be to actively search for ‘SEPs’ and fix them.”

The regulation will address the changing way businesses operate in the modern world, with a focus on protecting data stored and transferred in and out of Europe. It may be surprising to hear that malicious, or, more likely, careless employee behaviour is the number one threat to data security. Email, especially personal email, is simply not secure enough to communicate highly sensitive information, whilst consumer-grade file sharing solutions have little in-built security and no audit trail. USB drives, instant messaging and hard copies of confidential documentation also present a clear data protection problem.

CISOs must break bad habits with a positive change, so instead of placing cumbersome restrictions upon employees, they should implement intuitive and highly-secure collaboration tools that form positive habits and an easy transition ahead of the GDPR.”